Total for administration reaches 348, but hundreds more may still qualify. 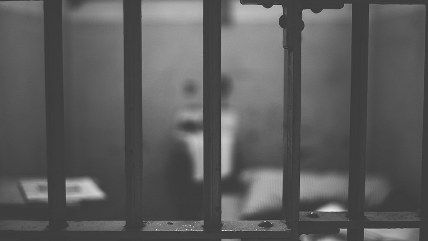 Another group of federal drug war prisoners has been granted mercy by President Barack Obama's administration. The White House announced this afternoon that 42 new grants of clemency have been granted to those currently serving time behind bars. The White House made note of the announcement on its blog, but did not add much detail other than to repeat a call for legislative change in drug sentencing and to remind people that the president has commuted more sentences than all the previous presidents going back to Richard Nixon. The president's total right now stands at 348.

But the White House clearly selected The Huffington Post as the recipient of additional advance information (their story went up at the exact same time as the White House's announcement). Huffington Post notes that 20 of the 42 people granted mercy in this new round were sentenced to life in prison for drug-related offenses. Altogether, 130 of the president's commutations have been of people sentenced to life behind bars. The "vast majority" of those granted mercy in this group had been convicted for distribution of crack cocaine.

The Huffington Post highlights a couple of people in this round:

Some of the individuals granted clemency on Friday had received attention from advocacy organizations and coverage from media outlets. Douglas Ray Dunkins Jr. was convicted of crack cocaine charges in 1992, when he was 26. His judge said the sentencing guidelines were "unfair" and that putting Dunkins behind bars for life troubled him. Had he been convicted of a crime involving powder cocaine instead of crack, he would have been out of prison a long time ago. In a piece in The Guardian last year, Dunkins wrote about the declining health of his parents and missing out on seeing his daughters grow up. Being granted clemency, he said, would "be like a breath of a new life." He'll be released in October.

Another recipient of a commutation on Friday was Teresa Mechell Griffin, who served as a drug mule for an abusive boyfriend and in 1994 and was sentenced to a life prison at the age of 26. She was six months pregnant when she was arrested. The daughter she gave birth to is now an adult with a severe disability.

"I would give anything to turn back the hands of time. Just to be able to make different decisions," Griffin told the American Civil Liberties Union in 2013. "I know I did something wrong, but not enough to take away my life." She'll now be released in October.

There are even two people who received commutations from the president who had been previously rejected.

The White House subsequently released the full list of names and crimes. Read them here.

Under the guidelines the administration has set up there could be hundreds more people in federal prison who may qualify for commutations. Given the pace of things and the Department of Justice's dependency on volunteer lawyers to sort out applications, it's not clear whether the administration will get to all of them before the clock winds down.

As for potential legislative reforms of sentencing laws, read here to see what's in the current Sentencing Reform and Corrections Act under consideration. If passed, it could potentially assist thousands of prisoners in federal prison over crack cocaine-related crimes reduce their sentences.