Trump calls the U.S.-born federal judge a "hater" and a "Mexican." 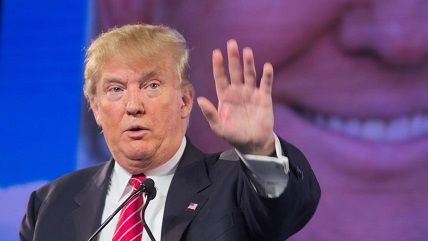 Donald Trump has attacked the federal judge presiding over the Trump University fraud trial as a "hater" and a "Mexican."

Trump's comments came during a recent campaign stop in San Diego. "It is a disgrace. It is a rigged system," Trump said about the class-action lawsuit currently unfolding against Trump University in federal court. "I have a judge who is a hater of Donald trump. He's a hater. His name is Gonzalo Curiel. And he is not doing the right thing." In fact, Trump told the crowd, Judge Curiel "happens to be, we believe, Mexican."

Trump also attacked the federal courts for allowing the civil suit against him to proceed in the first place. "I am getting railroaded by a legal system, and frankly they should be ashamed," Trump declared. "But we will come back in November. Wouldn't that be wild if I am president and come back and do a civil case?"

This is vile stuff. Not only is Trump peddling racist conspiracy garbage about a federal judge (Curiel was born and raised in Indiana), Trump is using the bully pulpit to try to intimidate the courts to rule in his favor. Just imagine, Trump effectively warned Judge Curiel, what will happen to you if you rule against me after I'm elected president.

To state the obvious, Trump is a bigoted authoritarian whose continued political success represents a very real threat to the rule of law in this country.