The EU Should Be Focusing on Its Own Countries' Transgender Laws, Not North Carolina's Bathrooms

Several nations within the union require sterilization before gender-change recognition. 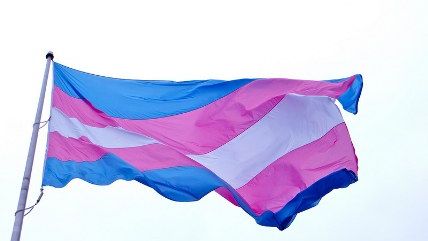 Apparently the diplomatic wing of the European Union has opinions about a handful of laws about transgender and gay issues passed in some Southern states recently. A spokesman on LGBTI (the "I" is for "intersex") issues at the EU put out a new statement:

The recently adopted laws including in the states of Mississippi, North Carolina and Tennessee, which discriminate against lesbian, gay, bisexual, transgender and intersex persons in the United States contravene the International Covenant on Civil and Political Rights, to which the US is a State party, and which states that the law shall prohibit any discrimination and guarantee to all persons equal and effective protection.

As a consequence, cultural, traditional or religious values cannot be invoked to justify any form of discrimination, including discrimination against LGBTI persons. These laws should be reconsidered as soon as possible.

The European Union reaffirms its commitment to the equality and dignity of all human beings irrespective of their sexual orientation and gender identity. We will continue to work to end all forms of discrimination and to counter attempts to embed or enhance discrimination wherever it occurs around the world."

Most certainly the number of people who care about the European Union's interpretation of the International Covenant on Civil and Political Rights is very small. But it's worth noting because frankly states like North Carolina are actually miles ahead of some EU countries when it comes to transgender recognition.

Take a handful of major European countries—France, Belgium, and the Czech Republic. In those countries, according to data by Transgender Europe (partly funded as an EU program), in order for the government to legally acknowledge a transgender person's shift in sex, that individual is required by law to get sterilized.

Transgender Europe has submitted third party intervention arguments for three cases in French courts. They note in concern about the forced sterilization: "In effect, transgender people have to make a choice between two sets of fundamental rights, centered on the right to legal recognition of their gender identity and their body integrity respectively."

Transgender Europe has a map here showing which countries do and do not require sterilization in order to seek legal recognition of one's gender identity. They have a checklist here showing what sorts of laws exist in different nations that are either helpful or harmful to transgender people. Countries highlighted in blue are members of the European Union. Some of the EU countries who don't have sterilization laws, like Denmark and the Netherlands, have only recently gotten rid of them.

This is the problem when government-tied agencies get involved in social signaling to try to shame other governments and make themselves look more enlightened. The EU is not in a position to judge the United States on transgender issues as a whole, let alone individual states like Tennessee or Mississippi. The terrible irony here is that most of these countries do have anti-discrimination laws that include gender identity—but they have brutal rules in place that force unnecessary medical treatments onto the people who try to request inclusion.