Trump: An Elephant Man for the Beauty Pageant 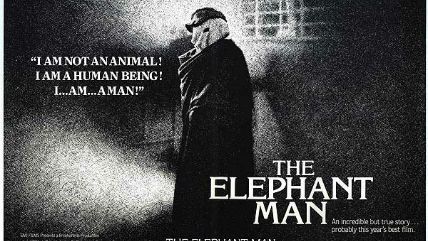 "What lunacy," wondered the newspaper mogul turned convicted fraudster Conrad Black last week, "has possessed [the] media to be so horrified at someone who expresses mass exasperation over 20 years of misgovernment, failed fiscal and foreign policies, crumbling infrastructure, state education, a retrograde health-care reform, hemorrhaging public debt, the invasion of the country by 12 million illegals, and a self-satisfied political class incanting soporific lullabies about the 'greatest nation in human history.'"

Black, like many of Donald Trump's fans, knows full well the answer to his own question: Many people, including scores of prominent Republicans, find Trump to be a vulgar boor and serial liar with inconsistent and routinely unsound policy ideas. As the following prominent conservatives (helpfully collated by the Hillary Clinton campaign) explain:

These complaints about Trump are not new; they've been part of the Republican conversation since last summer. The man has "comprehensive disdain for conservative essentials, including the manners and grace that should lubricate the nation's civic life," wrote the most syndicated columnist in the country, the conservative George Will, in a piece two weeks ago urging Republicans to help Trump "lose 50 states." The flagship postwar conservative magazine, National Review, noisily came out "Against Trump" in January, calling him "a philosophically unmoored political opportunist who would trash the broad conservative ideological consensus within the GOP in favor of a free-floating populism with strong-man overtones."

"Trump's infelicities are legend," Black eventually conceded in his piece, "and are disconcerting, though in some cases they have been exaggerated. But…."

Italics mine, to emphasize a rhetorical sleight-of-hand that hasn't been this popular since the Cold War. Back then, a favored argument style among communists on both sides of the Iron Curtain was whataboutism—You say the Soviet Union's human rights record is bad? What about American racism! You say the Sandinistas are bad? What about El Salvador! And so on.

In the hands of Trump supporters, whataboutism is not just a defensive tactic, it's an active selling proposition. Yes, we know you think he's ugly, the arguments go—well, that's exactly how we feel about the entire class of people who run Washington! It's no accident that Trump's chief competitor, Sen. Ted Cruz (R-Texas), ran explicitly against "the Washington cartel," or that political novices such as Ben Carson and Carly Fiorina enjoyed considerably more popularity during primary season than seasoned Washington veterans (and media favorites) like Sen. Lindsey Graham (R-South Carolina). As the historian Paul Johnson put it last month, "Trump is a man of excess—and today a man of excess is what's needed."

The last time the Republican Party found itself "hijacked" in the presidential nominating process was 1964, when the southwestern small-government firebrand Barry Goldwater beat out the northeastern establishment favorite Nelson Rockefeller on the way to a historic defeat against Democrat Lyndon Johnson. "In your heart," went Goldwater's memorable slogan, "you know he's right":

While Trump's dystopian diagnosis for America does overlap with Goldwater's hyperbole, a more accurate bumper sticker for the reality TV star's candidacy might be: "In your heart, you know he's grotesque." That he triggers a gag reflex among the professional political class is not for his supporters some unfortunate side-effect to be overcome, it's the main point of his campaign.

Among his growing but still historically small cadre of active endorsers from the political world, you still see some mild equivocation on the centrality of Trump's repellance. Former House Speaker and failed presidential candidate Newt Gingrich says, with something less than conviction, that "in the long history of American politics, Donald Trump is not outrageously outside the norm." Vanquished competitor Carson, while heading up Trump's search for a vice presidential candidate, assured us that the private Donald is far more "cerebral" than the loudmouth busy sewing up the GOP nomination.

One encounters few such nods to political niceities when engaging with Trump fans in the wild. For them, Trump is a funhouse mirror forced into the hands of a corrupt, over-fed political class. You think Trump is gross? Well you're gross. You calling him a liar? Here's 13 minutes of Hillary Clinton lying her face off. You obsess about his historically high unpopularity, while rallying around the Trump-skepticism of the Speaker of the House of Representatives? Congress hasn't cracked 20 percent approval ratings since 2012. You say the Bush family is sitting this election out? Good riddance to bad warmongers.

While the elites fret about manners and strategize for the latest political "beauty contest" (an actual term of art in American politics), those who live in literal and metaphorical flyover country are inverting the rules of the game. If politics believes itself to be a beauty pageant, then they're nominating The Elephant Man.

The beauty of this pro-ugliness strategy is that it's self-reinforcing: When elites recoil, the base says "See??" As Newt Gingrich said about Paul Ryan and his ilk last weekend, "These pseudo-intellectual right-wingers who have made a living in Washington D.C. being brilliant while they alienated the entire American people are showing you by their hysteria the degree to which they are being repudiated, and they just don't know what to do. They're in a state of psychological hysteria that is really kind of amazing."

Such attacks are proving persuasive to wide swaths of the electorate not because they're dishonest, but because they contain a considerable amount of truth. The United States has been misgoverned by both major parties all this century. Washington is dysfunctional and alienated from citizens to a near-historic degree. The economy does feel sluggish at best for a majority of earners. The national debt is dangerously high. If this is where "respectability politics" has brought us, maybe it's time to give unrespectability a try.

Presidential campaigns, like beauty pageants, are often inherently ridiculous, this year more than ever. (It can't entirely be an accident that Donald Trump has more experience with the latter than the former.) There is something fundamentally crass and unintentionally revealing about the exercise of parading superficial qualities in front of drive-by audiences. But there is also at least one crucial difference: With beauty pageants, you can at least choose to tune out. As Americans are learning this year, when the Elephant Man gets this close to the main stage, it's almost impossible to look away.