Three-parent babies are now possible. Congress should get out of the way. 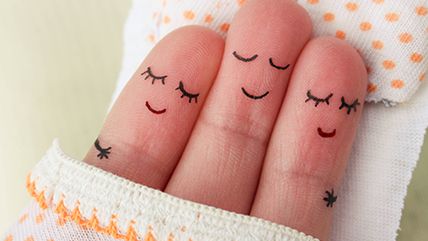 Every cell has scores of mitochondria swimming in its cytoplasm, providing the energy that keeps the cell functioning. Human mitochondria have their own sets of 37 genes located outside the cellular nuclei. Because egg cells, but not sperm cells, contribute mitochondria to developing embryos, children can only inherit their mitochondria from their mothers.

As with other genes, sometimes mitochondrial genes mutate and cause disease. As many as 1 in 200 Americans carries a mitochondrial DNA mutation that could lead to disease, and researchers have identified more than 250 pathogenic mitochondrial DNA mutations so far. One such disease is Leber hereditary optic neuropathy, which afflicts perhaps 1 in 15,000 people and is characterized by vision loss beginning in patients' teens and 20s. Another is mitochondrial encephalomyopathy, lactic acidosis, and stroke-like episodes, the prevalence of which is 1 in 5,000 people. Sufferers experience the onset of strokes and dementia generally before age 40. Somewhere between 1,000 and 4,000 children are born every year in the U.S. suffering from some kind of mitochondrial disease.

Researchers hit on the idea of curing such diseases by replacing defective mitochondria with healthy ones derived from eggs donated by other women. Back in 2001, fertility specialist Jacques Cohen and his colleagues at St. Barnabas Hospital in New Jersey transferred ooplasm containing mitochondria from healthy donor eggs to the eggs of women experiencing infertility. The treatments resulted in the births of 17 babies. Sixteen are healthy; one was later diagnosed with autism. What role the ooplasm transfer may have played in that case, if any, is unknown.

Cohen's work was opposed by the usual bioethical busybodies. As The New York Times reported in 2001, "Two ethicists, Erik Parens of the Hastings Center in Garrison, N.Y., and Eric Juengst of Case Western Reserve University in Cleveland, suggested that such treatments, because they result in permanent genetic alterations that in turn will be passed on to the babies' children, might not have been approved by a federal committee that oversees experiments that involve gene transfer." The women had all been fully informed of the risks and benefits and had given their consent to the procedure, so Cohen and his team believed they did not have to ask permission from the federal ethics gatekeepers—especially since their work was privately funded.

But when the Food and Drug Administration (FDA) got wind of the development, the agency asserted that it had jurisdiction over the treatments and promptly banned them. And that is where matters have ever since stood, as women continued to endure infertility and more babies were born suffering from mitochondrial diseases.

Recently, two groups of researchers have approached the FDA asking permission to try versions of MRT in embryos to help women have healthy babies. All of these therapies basically involve installing the nuclear genes from the eggs of women who have faulty mitochondria into enucleated eggs donated by women whose mitochondria are healthy. The result is an embryo containing nuclear genes (99.8 percent of a cell's genes) from the mother and father and mitochondrial genes (about 0.2 percent of a cell's genes) from the egg donor.

The FDA is supposed to decide whether to approve therapies based on their safety and efficacy. That should be sufficient: If a treatment is safe and it works, why should the agency stop physicians and patients from using it? But in this case the agency decided it wanted some moral guidance, so it asked the National Academy of Sciences' Institute of Medicine (IOM) to convene a panel to advise it on the ethical issues involved. Their report, Mitochondrial Replacement Therapies: Ethical, Social, and Policy Considerations, was published in February.

The 12-member panel assembled by the IOM included several professional bioethicists, including Eric Juengst, who had objected 15 years earlier to Cohen's work, and Marcy Darnovsky, a bioluddite based at the Center for Genetics and Society.

The good news is that the panel says it's OK for researchers to go ahead and use MRT in cases where it's clear that women are at risk of transmitting particularly horrific forms of mitochondrial diseases. However, the panel recommends that the treatment be limited initially to creating male embryos only. This restriction means that the MRT treatment would not constitute heritable genetic modification ("germline modification"), since males do not pass along their mitochondria to their progeny. As researchers become more comfortable with MRT, the treatment could later be expanded to include female embryos.

Not even these limitations are enough for Darnovsky, who fears that permitting MRT will lead to a slippery slope in which researchers and physicians will argue for pushing forward with similar treatments to prevent the passing along of other genetic diseases. "One U.S. proponent of these techniques has already made it publicly clear that he would like to expand their use widely to fertility clinics," Darnovsky warned in a statement. "Their use could easily spin out of control." Yes, these techniques might spin out of control to yield the much-dreaded "designer babies"—that is, babies "designed" at the behest of their parents to be free of genetic diseases.

For now, Darnovsky and other bioluddites can rest easy because Congress has essentially banned MRT. After the IOM report was published, the FDA released a statement noting that Congress has forbidden the agency to spend any funds reviewing applications for research "in which a human embryo is intentionally created or modified to include a heritable genetic modification. As such, human subject research utilizing genetic modification of embryos for the prevention of transmission of mitochondrial disease cannot be performed in the United States in FY 2016." It would seem on the face of it that the agency could get around this injunction by approving MRT treatments that create only male embryos, which cannot pass along donated mitochondria to subsequent generations. But the agency has evidently decided not to risk angering its congressional overlords. And because the FDA asserted its authority over mitochondrial transfer techniques back in 2001, privately funded research in this area cannot go forward either.

Last year, the U.K. approved MRT and authorized researchers and physicians there to use the treatment in creating embryos of both sexes. "The U.K.'s approval of these techniques is already being used by some as an argument for allowing all kinds of human germline alteration," lamented Darnovsky. "Without US federal legislation prohibiting heritable modification of nuclear DNA—already adopted as law in dozens of countries—it is reckless to proceed with this form of germline modification."

The upshot is that until Congress comes to its senses, American parents who wish to avoid the risk of passing along mitochondrial diseases to their children will have to seek treatment in British fertility clinics.