Police departments and cities admit no fault for the killings in such agreements. 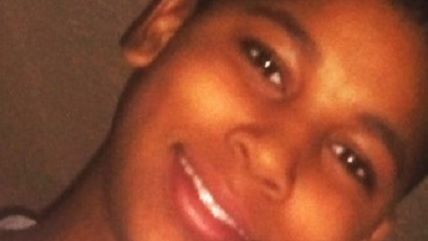 The family of Tamir Rice will receive $6 million from the city of Cleveland in a settlement arrived at this week over the death of the 12-year-old Rice, who was shot and killed by Officer Timothy Loehmann in a city park moments after the officer exited his vehicle.

Meanwhile, the family of Zachary Hammond will receive $2.15 million from Seneca, S.C., for the death of the 18-year-old Hammond, who was shot and killed during a drug sting over a small amount of marijuana. The settlement was approved by a state judge last week.

In both cases the police departments admit no fault in the deaths of the unarmed victims. Loehmann and another officer also failed to offer Rice any medical aid after shooting him. The most recent settlement, in 2015, between the Department of Justice (DOJ) and Cleveland police (there have been two in the last four years) requires cops, among other things, to offer medical care to their victims. Seven months after agreeing to those reforms, the city sent a claim demanding $500 for emergency medical services from the Rice family.

"There is no price that you can put on the life, on the loss, of a 12-year-old child," Cleveland Mayor Frank Jackson. He had previously apologized for the wording of a city filing in the Tamir Rice lawsuit that claimed the 12-year-old boy was at fault for his own death (he had a toy gun on him in the park where he was shot—a 911 called identified the toy gun as such) and that sought immunity for the city. He also apologized for the medical bill, saying it was supposed to have been sent to the insurance company.

While such settlements can help move toward closure, they make it easier for local governments to evade responsibility. Cities that arrive at no-fault settlements will often insist, if their officials make public statements at all, that they settled to avoid the uncertainty of a trial.

In Cleveland, the police union responded by

suggesting Rice's family use a part of the settlement money "help educate the youth of Cleveland in the dangers associated with the mishandling of both real and facsimile firearms." Union officials in cities like Cleveland can be so brazen because they know their political power is secure. Whether in one-party cities or two-party cities, challenging police unions, which protect bad cops like Loehmann, is rare in politics. If the union in Cleveland were interested in protecting its cops, it should demand something like a police offenders registry to prevent proverbial "bad apples" from joining.

In Seneca, meanwhile, the police say they will be "reinforcing training" on alternatives to the use of deadly force and the state law enforcement agency is asking for more money for more training on deadly force, citing the Hammond case.

While Loehmann, who had a history of being unqualified to be a police officer, resigned before the department took any action, Mark Tiller, who shot and killed Hammond, is still on the force. Both officers avoided any criminal charges. A grand jury declined to indict Loehmann while the prosecutor in South Carolina declined to bring charges against Tiller, saying a video showing Tiller shooting at Hammond's vehicle while he was trying to flee offered no evidence Tiller broke any laws while killing Hammond. The prosecutor responsible for the Tamir Rice grand jury was voted out of office in the Democratic primaries last month.

Effective police accountability, and actual reductions in police violence, will require relief somewhere between convictions in criminal courts and administrative slaps-on-the-wrist. That requires police departments and local governments have the will, and more importantly, the authority to terminate officers who use deadly force in controversial situations without having to meet the standard of criminal conviction.

It's harder in the U.S. to fire a police officer who kills a child, or any unarmed victim, than it is to expel a student accused of assault from college. If the DOJ exerted half the pressure on local police departments, government agencies often directly or indirectly supported by federal funds, that it does on institutions of higher education, it could lead to substantive reforms. But that would require addressing the strength of police unions in creating an environment hostile to accountability, something neither major party has so far been willing to do, even as one has targeted other unions, private and public, while the other pays lip service to the problem of police violence.