Schools Are Spying on Students' Social Media and Informing Police

In the name of cyberbullying and suicide prevention, unintended consequences are not being considered. 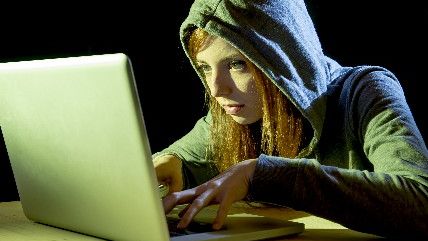 The social monitoring software known as

Snaptrends is being increasingly used by public school districts as a tool to prevent cyberbullying, suicide, and violence.

But how much monitoring of students is too much? And where does a school's jurisdiction over its students end? And for how long should a student's social media history follow them around? Few are asking these questions, relying instead on the "safety first" argument.

The chairman of the school board in Orange County (Fl.) was quoted in the Orlando Sentinel as saying the use of of the software to snoop on kids was a "no-brainer," adding, "I think we have a moral obligation in every sense of the word to monitor social media for threats to our students or schools." However, the district refused to disclose how the software is used, "citing exemptions in open-records laws regarding security."

You don't have to be Edward Snowden to be concerned that a school having the power of unaccountable surveillance could present opportunities for abuse. Would it be so hard to imagine an antsy kid who's annoying to school administrators facing expulsion over a stray Facebook reference to "weed"?

In Huntsville (Al.), the school district expelled 14 students as a result of social media investigations in 2014. Though Huntsville's student body is only forty percent African-American, 12 of these 14 students were black, according to AL.com.

SnapTrends collects data from public posts on students' social media accounts by scanning for keywords that signify cases of cyberbullying, suicide threats, or criminal activity. School security staff then comb through flagged posts and alert police when they see fit.

Bradley S. Shear, a Maryland-based privacy lawyer, told Turner "I think that these companies are preying on the fears of these parents" and not adequately preparing students to "protect their reputation, their privacy and to understand the law."

There is one state which has actually given some careful consideration to the ramifications of mining and policing the online expression of hormonal and emotionally unbalanced teenagers: California.

In 2014, Gov. Jerry Brown signed a bill which doesn't forbid schools from tracking their students online activity, but it does require them to notify parents of such spying. The law also limits the amount of time schools can store such data to one year.