How New Hampshire Plans to Spike Its Sex-Trafficking Stats

No evidence of a real sex-trafficking epidemic? No problem! The state has ways of creating sex traffickers... 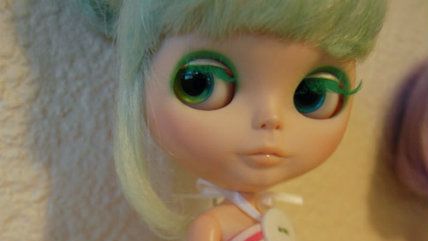 According to some New Hampshire media, the state has suddenly made it illegal for teenagers to have sex with one another as part of an effort to prevent sex trafficking. It turns out the measure isn't quite as bad as bad reporters claim, but it's still an entirely unnecessary and harmful piece of legislation.

The basic premise of the bill, according to text filed with the state House of Representatives, is to make it a class B felony "for a person to pay to engage in sexual contact with a person under the age of 18" and require "registration on the sex offender registry" for such individuals. It passed the House earlier this month, and cleared the state Senate on April 21.

As it stands, adults having sex with minors is already criminalized in New Hampshire (as statutory rape or sexual assault, depending on age and circumstances), like it is everywhere in America. Sex trafficking is also a crime already in New Hampshire, as is prostitution between consenting parties. So why the need for the new law?

Because duh: under the old rules, an adult who solicits paid sex from a teenager could only be charged as a rapist and a prostitution offender. Under the new law, they can also be charged as a sex trafficker, thereby triggering more check-marks when tallying up annual human trafficking arrests. Got to keep feeding that moral panic somehow, don't we? I can't wait to see the spurious news reports next year about the "drastic increase" in "child sex trafficking" in the Granite State.

The bill would also add paying to watch a sexually-explicit performance by someone under 18 as a form of human trafficking. This way, if a 17-year-old uses a fake ID to get a job at a strip club, anyone who patronizes that club can also be charged as a sex trafficker.

Then there's the fact that under current New Hampshire law, a) the age of sexual consent is 16, and b) it's only a misdemeanor charge if someone not more than four years older than the alleged victim is accused of statutory rape. Soliciting prostitution is also a misdemeanor offense. So under the old rules, an 18-year-old who paid a 15-year-old for sex could be charged with just two misdemeanors; under the new rule, two misdemeanors and a felony. Under the old rules, a 25-year-old who solicited a 17-year-old for sex would simply be guilty of misdemeanor prostitution. Under the new rules, a felony, plus a mandate to register as a sex offender.

What good does creating more felons and sex offenders do the state of New Hampshire? Plenty, from a pro-carceral and a pocket-lining perspective. Under the new scheme, the state can impose more severe punishments on offenders, including greater fines and more post-release requirements. And, perhaps most importantly, it can use asset forfeiture powers more liberally. The state has no power to seize the assets of misdemeanor prostitution offenders or statutory rapists, but it has ample leeway to seize the aspects of suspected human traffickers.