Brickbat: Who Are You Going to Believe? 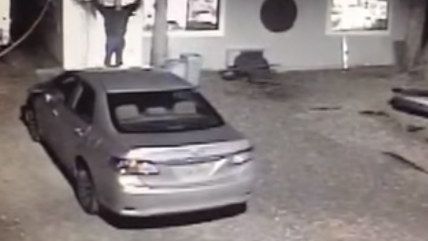 Caldwell County, Texas, sheriff's deputies say Larry Faulkenberry attacked them, knocking a deputy into a tree and injuring him. They arrested him for assaulting a police officer and resisting arrest, among other charges. But Faulkenberry's security video showed he didn't attack them or even resist arrest. In fact, it showed deputies beating him up. Prosecutors dropped all charges after seeing the video. But so far, none of the deputies involved has been disciplined or charged with a crime. In fact, in a response to a lawsuit filed by Faulkenberry, the sheriff's office insists that the deputies' account of what happened is correct.