Emission regulations that may not even make a dent on climate change. 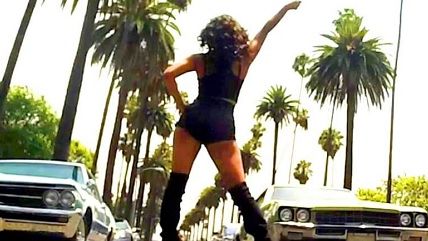 A "power grab" by the Environmental Protection Agency threatens to crash America's amateur car-racing industry without putting so much as a dent in climate change, warns the chairman of the House Space, Science and Technology Committee.

The EPA's move to regulate emissions on non-road racing vehicles contradicted agency administrator Gina McCarthy's earlier testimony that the EPA did not have authority over non-road race cars and motorcycles.

EPA officials said they are "clarifying" emissions law, yet the Clean Air Act has long exempted non-road vehicles used in competition. The agency has not made a similar move against NASCAR or other professional race circuits.

"The federal government has no place testing emissions at private tracks," McHenry told the subcommittee.

Smith said the "unlawful" regulations "do nothing for health, climate change or the economy" and "could result in billions of dollars in enforcement penalties and significant job losses."

"EPA's actions show that the agency acted in an arbitrary and capricious manner, in violation of the Administrative Procedures Act because the agency failed to give proper notice to the stakeholders that would be affected by this provision," he charged.

"In the table of contents for the 629-page rule, there was no reference to 'Competition Use Engines/Vehicles' or any similar heading," said Christopher Kersting, president and CEO of the Specialty Equipment Market Association.

A petition drive in opposition to the EPA rule collected 100,000 signatures within 24 hours.

This article originally appeared at Watchdog.org.

Kenric Ward writes for the Texas Bureau of Watchdog.org.