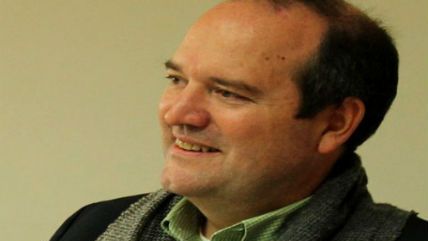 Ivan Osorio of the Competitive Enterprise Institute writes on Ibarguen's contributions to the cause of liberty:

He helped build UFM into a major institution dedicated to the ideas of liberty…[UFM is] A full-fledged university, since its founding in 1971, UFM sought not only to eschew the Marxist economic theories that were in fashion then (even more than today, and especially in Latin America), but to revive the study of the great classical liberal thinkers.

In addition to his pioneering work in higher education, Giancarlo also played a critical role in advancing liberalization in telecommunications in Guatemala, helping to create a dynamic competitive telecom market.

Michael Strong, an activist in the "startup cities" movement that Ibarguen was a big player in (he co-founded the Startup Cities Institute), eulogizes him on Strong's Facebook:

While being a quiet, honest, doer he was also an amazing intellect, an engineer who had read as widely as anyone I know. I would mention relatively esoteric corners of the world of thought (e.g. the intersection of the work of Donald T. Campbell and that of Hayek), and Gianca was one of the very few people who, of course, had already read the relevant thinkers and thought about these connections himself.

I have known a dozen Nobel laureates, a dozen billionaires, dozens of CEOs, a couple of MacArthur "Genius" Award winners, and more. While not as high profile as many of these people, as a great human being, Gianca is in a class of his own. Beyond all of his worldly achievements, he was a warm, attentive, compassionate, human being with a sparkle in his eye and love for all that represented the true, the good, and the beautiful. He invariably took action to support and promote every human being who could contribute to the greater good.

On a personal note, Ibarguen was very helpful to me in guiding my understanding of the ideas and processes behind the idea of "startup cities" under whatever rubric, and the particulars of the efforts to launch such in Honduras, as detailed in my May 2013 Reason feature "The Blank Slate State."

Reason TV interviewed Ibarguen in 2011 on the drug war in Guatemala: