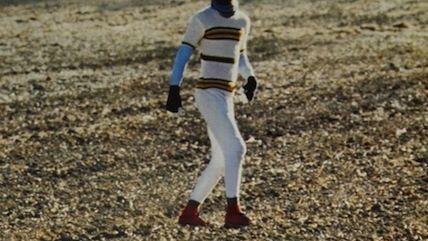 Donald Trump is no dove, but that doesn't keep him from periodically pricking the Republican hawks' balloons. At last Saturday night's debate, he called the second Iraq war "a big fat mistake" and said "they lied" when "they said there were weapons of mass destruction." When Marco Rubio declared that President George W. Bush "kept us safe," Trump replied: "The World Trade Center came down during the reign of George Bush. He kept us safe? That is not safe."

South Carolina is, famously, one of the most hawkish states in the country; if this sort of talk is going to hurt Trump anywhere, it'll hurt him here. And if his actual comments aren't enough to frighten pro-war Republicans, other people's distorted descriptions of his remarks might be expected to do the trick. Some pundits and reporters are now claiming the candidate "blames Bush" for 9/11, as if Trump had been sketching out a Truther theory rather than responding to the idea that Bush "kept us safe."

Yet The State has now published the results of the first poll conducted entirely after the debate, and Trump's comments don't seem to be hurting him:

Donald Trump still is leading the S.C. Republican presidential race after the weekend's explosive GOP debate in Greenville….Behind Trump, who has 35 percent support in a new poll, U.S. Sens. Marco Rubio of Florida and Ted Cruz of Texas are tied for second place—at 18 percent each, according to a Public Policy Polling survey released exclusively Monday to The State.

South Carolina doesn't vote until Saturday, and a lot can change in that time. Maybe Trump's numbers will fall; maybe an ad blitz built around his remarks will vault another man into the lead. But for now, we have the strong possibility that this year we'll see a candidate win Iowa while attacking ethanol subsidies and a candidate win South Carolina while attacking George W. Bush's foreign policy.