If Obama means what he says about unjust punishment, he will free Weldon Angelos. 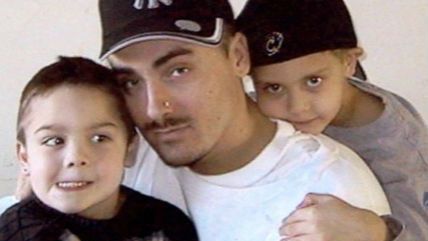 From the moment he was forced to impose a 55-year sentence on a 24-year-old pot dealer in 2004, Paul Cassell has been urging presidential clemency to correct that egregious injustice, which he calls "one of the most troubling [cases] that I ever faced in my five years on the federal bench." This week the former federal judge, now a University of Utah law professor, tried again, asking President Obama to free Weldon Angelos, a father of three who is now 36 and has served more than 12 years for three half-pound marijuana sales.

If it had been up to him, Cassell explains in his letter to Obama, Angelos would already be free. But Cassell was constrained by a federal law, 18 USC 924(c), that prescribes mandatory minimum penalties for anyone who "uses or carries a firearm" during a "drug trafficking crime." The first such offense is punishable by five years in prison, subsequent offenses are punishable by 25 years each, and the sentences must be served consecutively. Angelos was convicted of three counts, based on a gun he allegedly brought with him to two of the pot deals and additional firearms that police found in his home.

Although he never fired or even brandished a gun, Angelos was punished more severely than people who commit much worse crimes. As Cassell noted at the time, a 55-year prison term is "far in excess of the sentence imposed for such serious crimes as aircraft hijacking, second degree murder, espionage, kidnapping, aggravated assault, and rape." That very day, Cassell said, he had imposed a sentence less than half as long on a man who beat a 68-year-old woman to death with a log during a drunken dispute. "When the sentence for actual violence inflicted on a victim is dwarfed by a sentence for carrying guns to several drug deals," Cassell writes in his letter to Obama, "the implicit message to victims is that their pain and suffering counts for less than some abstract 'war on drugs.'"

If the goal of 18 USC 924(c) is to punish and deter armed recidivists, Cassell notes, the draconian penalty imposed on Angelos makes no sense. But in the 1993 case Deal v. United States, the Supreme Court approved the stacking of gun charges in a single case involving more than one incident. "The Supreme Court's interpretation has produced a fearsome mandatory minimum statute that is not a true recidivist law," Cassell writes. "This stacking aspect cannot be justified on grounds that it is sending a message to recidivists who did not learn a lesson, given that a defendant (like Angelos) will not have been convicted and imprisoned in the time between § 924(c) violations." He notes that the Justice Department's current policy is not to pursue multiple gun charges in such cases. The Sentencing Reform and Corrections Act, which Congress is currently considering, would clarify that the enhanced 25-year mandatory minimum applies only to defendants with prior convictions under 18 USC 924(c).

The Justice Department says it is giving priority to commutation petitions from "non-violent, low-level offenders" who have served at least 10 years of a sentence that probably would have been shorter under current law, "do not have a significant criminal history," have "demonstrated good conduct in prison," and have no "significant ties to large-scale criminal organizations, gangs or cartels." Cassell notes that Angelos, a first-time offender when he was sent away for more than half a century, seems to meet all of those criteria.

"In 2004, when I sentenced Mr. Angelos, I thought his sentence was 'cruel, unjust, and irrational,'" Cassell concludes. "I am even more firmly convinced of that conclusion today, when the Angelos case has been widely discussed as a clear example of an unduly harsh sentence. Because his appeals have been exhausted, the only solution for Angelos is a Presidential commutation. I urge you to swiftly commute his sentence."

Obama, who granted only one commutation during his first term, has picked up the pace recently, freeing a total of 184 prisoners so far. With less than a year to go in office, he still has time to free hundreds or even thousands more. If Obama means what he says about unjust punishment, one of them will be Weldon Angelos.