Are Liberals Winning the Culture Wars? 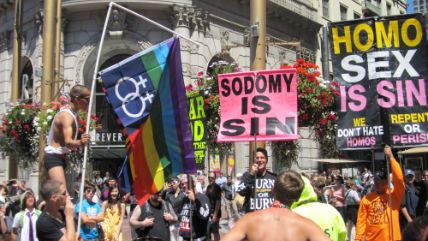 Culture wars are a steadfast part of the American identitiy, and with so many being waged, it's hard to keep score and determine which side—social liberals or conservatives—is winning.

Prothero, whose new book is titled Why Liberals Win the Culture Wars (Even When They Lose Elections), recently sat down with Reason TV's Todd Krainin to discuss America's long history of cultural wars, religious liberty, and why he thinks liberals are the cultural war winners.