Did ISIS Mess With the Wrong Country By Attacking Istanbul?

Erdogan might finally stop playing footsie with this outfit 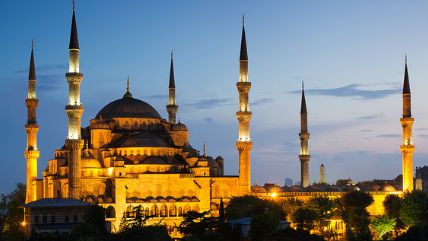 ISIS's suicide bombing of Istanbul has been buried under the headlines emanating from the clown show that is called the annual state of union address and the horror show that is the Republican presidential debate. But while the GOP

hopefuls debate how they can ban victims of ISIS – aka Syrian refugees, not to mention other Muslims – from America in order to fight ISIS, the end of this noxious outfit might have already begun.

That's because this bombing that occurred in the iconic Blue Mosque district might finally convince Turkish Prime Minister Tayyip Erdogan, an authoritarian quasi-Islamist, to finally prioritize the threat ISIS poses ahead of his other bugaboos such as the Kurdish insurgents, I note in my column at The Week.

Turkey has endured ISIS attacks before. So what's different this time? Go here to find out.

But the fact of the matter is that unlike the weak-kneed Saudi regime, Turkey has the military capacity – it commands the second largest NATO army after the United States—and the local knowledge to successfully take out ISIS. The issue to date has mainly been a lack of political will and real-politik concerns. On paper, Erdogan is a US ally in the fight against ISIS. In practice, he's been playing a sly game of using ISIS to contain the Kurds and eliminate Syrian President Assad, his mortal enemies. That may end now.

In other words, while Trump's GOP tears up the constitution and does a war dance on its torn pieces, the answer to ISIS might lie some place else.