Take a Bite Out of Crime 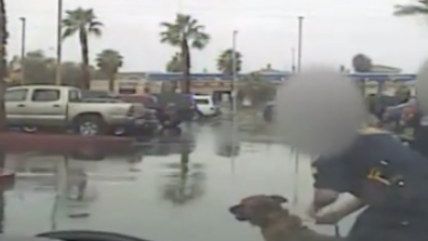 Henderson, Nevada, officials have agreed to pay $13,000 to settle a lawsuit brought by the family of a 17-month-old girl mauled by a police dog. Cops had pulled over Arturo Arenas-Alvarez because his vehicle looked similar to the description of one involved with a suspected robbery. They got him out of his vehicle and pretty quickly figured out he wasn't the tall black man they were looking for, but while they were trying to explain what happened to him, a canine officer pulled up and, apparently without speaking to any of the other officers, released his dog into the vehicle, where it attacked Arenas-Alvarez's daughter.