The Fed's "Hall of Mirrors"

Matt Welch | From the December 2015 issue 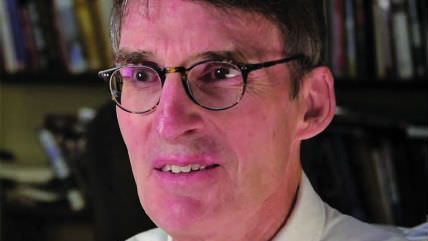 Jim Grant, editor of Grant's Interest Rate Observer and the author of America's Forgotten Depression: 1921: The Crash That Cured Itself (Simon & Schuster), spoke with Editor in Chief Matt Welch in August about money and policy. For a video version of the interview, visit reason.com.

Q: As someone who observes interest rates…

A: Actually, there's very little to observe. We don't have interest rates anymore. And don't we miss them. What we need, Matt, are natural, organic, free-range interest rates. You know, sustainable, local interest rates. The kind that grow spontaneously in the market, not the hothouse kind that the federal government imposes.

Q: How much do you see of the last six years, more or less, of a bull market being the artifact of zeroed-out interest rates?

A: That's a good question. You know, low interest rates flatter projected future cash flows. That is an arithmetic fact. Another fact is that America is virtually indestructible. There is a spontaneous sense of enterprise here that, try as they might, you really cannot suppress. So some of this is natural: Corporate profits have risen. There has been a recovery from our sorrows of 2008. But superimposed on all of that has been the artificial government-confected levitation of asset values.

Q: So where do you see the biggest kind of artificial bubbles out there?

A: The Fed acted to raise up what they call aggregate demand, and in so doing, it also lifted aggregate supply. Cheap credit financed cheap oil, cheap copper, cheap stuff, and we American consumers like that. The Fed does not like it so much, because it tends to reduce the measured rate of inflation.

The Fed forgot about the reciprocity of these things. It wanted to raise up the demand of the American consuming public, by lifting stock prices. Except, behind those prices is real enterprise: real people making real choices about how to allocate capital. And when you get fake interest rates, you get misdirected flows of investment.

Q: I am old enough to remember the Asian crises of the late '90s, when a lot of bears came out of the woodwork and said, all right, this is it, our run is over. And it didn't turn out to be true. Are there any interesting parallels?

A: Well, one common thread is the great eternal question of what is money and who says so. People, confoundingly to me, have come to be quite accepting of the value attached by fiat to these pieces of paper we call currency.

We get back again to markets and prices. Are prices meant to be imposed from on high, or discovered from individuals acting spontaneously in markets? Well, the readers and the viewers of reason know the answer to that, but they, regrettably, are in a minority.

A: One thing I did observe in working on this book is that a severe depression set in after World War I and it wreaked havoc with employment, with profits, with everything you could measure. But things were very rugged in America, and the government's response to this was essentially inaction. The Federal Reserve actually raised interest rates. The administrations of Woodrow Wilson and Warren G. Harding did not stimulate, they did not do anything except to balance the budget. And lo and behold, prices adjusted, wages adjusted, and the '20s proverbially roared.