Police spokesman wonders why "we got called out to be the bad guys." 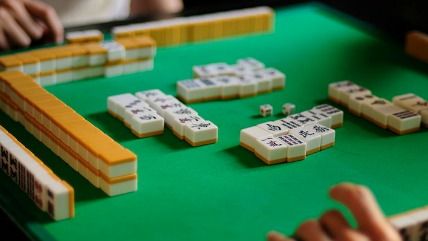 Police in Altamonte Springs, Florida, recently raided a friendly mahjong game played by four little old ladies in a condominium clubhouse. But Lt. Robert Pelton, spokesman for the Altamonte Springs Police Department, wants you to know the incident was not as bad as it sounds.

First of all, none of the perpetrators, who ranged in age from 87 to 95, was arrested. Second, local cops understand that there is nothing illegal about mahjong per se. The state of Florida even allows people to play mahjong (along with poker, pinochle, bridge, rummy, canasta, hearts, and dominoes)  for money—up to a point. The problem, as Pelton explained to the Orlando Weekly, was that the pot for the Altamonte game had been known to exceed the $10 limit set by state law:

According to Pelton, some of the games being played at Escondido were being advertised and had become quite popular, and as a result, the pot had grown beyond that $10 limit. So police had to take action—but he says it was an educational action, not a punitive one….

"Our investigators had a good, informative meeting with them, telling them the way they can continue to legally have these games," Pelton says. "If you allow a pot to go over a certain amount, or if the house collects a portion of the pot, it's illegal, etc."

Police had to take action. If the cops had allowed elderly mahjong players to win more than $10 at a time, middle-aged poker players might think they could get away with the same sort of thing. What a terrifying world that would be.

According to Heritage Florida Jewish News, which originally reported the story, the police department's "educational action," which was prompted by a tip from a busybody in the condominium complex, included several more visits to the clubhouse by cops who "came by to make sure the ladies weren't in there playing their beloved game." For weeks the management of the complex instructed the women to refrain from playing mahjong in the clubhouse at all, even without wagering, just to be on the safe side.

The games have since resumed, but Lee Delnick, Bernice Diamond, Helen Greenspan, and Zelda King have been put on notice: While a mahjong game with a $10 pot is harmless fun, adding one more penny to the pot makes their pastime a misdemeanor punishable by a $500 fine and two months in jail.

"They were upset because some neighbors called the police, and then we got called out to be the bad guys, but by no means is that true," Pelton told the Orlando Weekly. "It's a small community, a retirement community, and not all of the neighbors get along. For us, it wasn't that we were going out there to make arrests and charge people." This time.

[Thanks to Robert Woolley for the tip.]