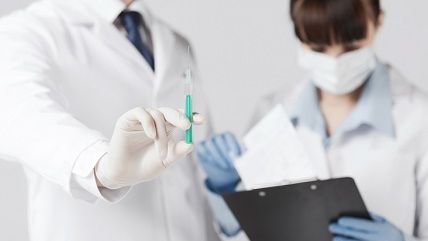 Medicare is rife with fraud, and every year, billions of dollars are improperly paid out by the federal government's giant health care bureaucracy. According to the government's latest estimates, Medicare fee-for-service (parts A and B) made $46 billion in improper payments last year. And Medicare Advantage (Part C) and Medicare Prescription Drug Coverage (Part D) combined for another $15 billion in improper payments. Even more disturbing is the possibility that these numbers underestimate the annual losses to taxpayers from fraud and bureaucratic bungling. According to the work of Harvard University's Malcolm Sparrow, fraud could account for as much as 20 percent of total federal health care spending, which would be considerably higher than what the government's figures indicate.

One might think that government officials would try a little harder to reduce these embarrassing figures. Sadly, one would be wrong. That's because the Centers for Medicare & Medicaid Services is instead looking to gut its Recovery Audit Contractor program, which has been successful in recovering taxpayer dollars that otherwise would have been lost to improper payments. The RAC program is geared toward correcting improper payments instead of punishing perpetrators. It's tasked with finding both overpayments and underpayments, but because the system is already stacked toward handing out taxpayer money without accountability, overpayments are what the RACs typically find.

RACs are paid on a contingency fee basis at a rate negotiated when their contract is awarded. The auditors thus pay for themselves with the money they recoup instead of simply being handed a lump-sum check. That the RAC program has an incentive to reduce wasteful spending and save taxpayers money makes it fairly unusual among government initiatives. In 2014, RACs returned a net $2.2 billion to taxpayers. They did even better in 2013, when $3.7 billion was recovered. However, CMS scaled back certain audit activities and temporarily suspended the program for several months.

Medicare needs all the help it can get. The Medicare trust fund is persistently in the red, with almost half of its $600 billion budget financed through deficit spending. It is projected to be insolvent by 2030.

Despite all evidence pointing toward the need to expand the RAC program and recover even more lost taxpayer dollars, bureaucrats are set to greatly diminish the program's effectiveness in 2016. Rather than empower these fraud hunters, they are drastically reducing the number of paid claims that auditors can review every 45 days (from 2 percent down to just 0.5 percent). The new limits will make it that much harder for auditors—whose cost already amounts to just a drop in the bucket—to recoup taxpayer losses. Agency failure is routinely rewarded in Washington with bigger budgets and greater authority, but here success will not be.

Sen. Orrin Hatch, R-Utah, to his credit, recently authored a letter calling for CMS to account for the change and present a plan to undo the recent increases in improper Medicare payments. Unfortunately, the rest of Washington is either apathetic or in the pocket of health care providers who would prefer to keep the Medicare dollars flowing without those pesky auditors getting in the way.

Absent the major reforms that Medicare needs, programs such as RAC provide a modicum of accountability for an otherwise out-of-control and unaffordable welfare state. That's why the RAC program has been a persistent target of hospitals and other beneficiaries of wrongful payments. Congress could not only compel CMS to change course but also ensure that more auditors are commissioned to track down improper payments on behalf of taxpayers.