Google Offers to Defend Against Some Bad YouTube Takedown Demands

Attempting to protect fair use from copyright claim abuse 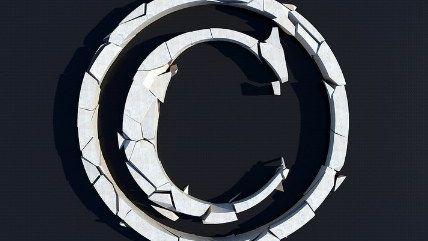 Good news for YouTube video posters who find themselves on the wrong side of an inappropriate copyright takedown request: Google has announced it will legally intervene on behalf of these users, keep the videos up online, and even cover the costs of defending against copyright claims.

What we're talking about here are situations defined under U.S. law as "fair use," when portions of somebody else's copyrighted works are used legally without the copyright holder's permission, such as in cases of criticism, news coverage, satire and parody, remixes, research, et cetera.

Since the passage of the Digital Millennium Copyright Act (DMCA) of 1998, which was created to fight online piracy, there has been a consistent issue that copyright holders have been using this tool to demand the take down of perfectly legitimate non-violating posts. Sometimes it's accidental due to automated request systems picking up smidgens of copyrighted material that are nevertheless being legally used. Sometimes it's a deliberate attempt to censor critics. (I delved into the problems that have come from the way the DMCA has been applied back in April. Read here.)

Google gets millions of takedown requests each month. Now it's going to attempt to push back in some cases, hoping to create a framework to help people understand what "fair use" means and to avoid abuse of the DMCA. From Google:

We are offering legal support to a handful of videos that we believe represent clear fair uses which have been subject to DMCA takedowns. With approval of the video creators, we'll keep the videos live on YouTube in the U.S., feature them in the YouTube Copyright Center as strong examples of fair use, and cover the cost of any copyright lawsuits brought against them.

We're doing this because we recognize that creators can be intimidated by the DMCA's counter notification process, and the potential for litigation that comes with it (for more background on the DMCA and copyright law see check out this Copyright Basics video). In addition to protecting the individual creator, this program could, over time, create a "demo reel" that will help the YouTube community and copyright owners alike better understand what fair use looks like online and develop best practices as a community.

While we can't offer legal protection to every video creator—or even every video that has a strong fair use defense—we'll continue to resist legally unsupported DMCA takedowns as part of our normal processes. We believe even the small number of videos we are able to protect will make a positive impact on the entire YouTube ecosystem, ensuring YouTube remains a place where creativity and expression can be rewarded.

So, they're not going to offer up their lawyers for each of the millions of takedown requests they're dealing with. And the description of it doesn't sound like it's going to do much about the mass amounts of automated takedown requests that come from major movie, television and video game companies. It's nevertheless good to see some more pushback on copyright claim abuse.