In Defense of Yik Yak, "The Crack Cocaine" of Social Media!

Demonized as catering to racists and stalkers, the social media service actually provides comfort and the good kind of safe spaces. 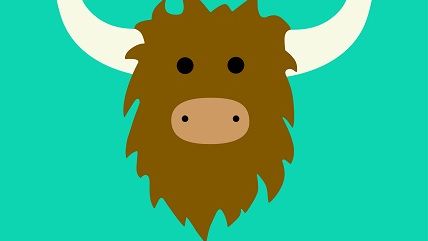 Few social-media apps are as vilified as Yik Yak, which allows users in the same geographic area—typically college campuses—to share anonymous thoughts, feelings, and more. In the wake of protests at the University of Missouri, several users were arrested after sharing threatening posts marbled with racists taunts.

And Fox News' resident psychiatrist Keith Ablow has called it "the most dangerous form of social media I've ever seen":

The creators of Yik Yak decided to disseminate the technological equivalent of crack cocaine on America, and I hope these drug pushers, disguised as techie entrepreneurs, attract the attention of world-class, class-action attorneys like my friend Joe Siprut in Chicago.

You can't buy press like that, now, can you? Not just for Yik Yak but for Joe Siprut.

Over at Bloomberg View, former Reason Editor Virginia Postrel, did something Ablow and many other critics choose not to do: experience the service as its typical users do. Far from finding a world populated of Exalted Cyclopses of the KKK, cyberbullies, and creeps of all sorts, Postrel found mostly a safe and inviting space that college students use to discuss a range of topics and moods with posts that are "mostly good-natured, often stupid, but rarely evil."

"At [Santa Monica College]," she writes, "students typically complain about the parking shortage; at UCLA, they gripe about food; at Princeton they desperately crave sleep. Everywhere they talk about sex."

No garden is without serpents of course, but Yik Yak has also created an ecosystem for dealing with trouble, too:

Yik Yak does attract nasty posts, including the threats in Missouri. But on a routine basis, the app grownups love to demonize is much friendlier than the Twitter and Facebook feeds I read daily. For reasons built into its structure, Yik Yak offers fewer rewards for mean, grouchy, tribal, and polarizing posts and more for those that are supportive, funny, inquisitive, and community-building. Far from encouraging a free-for-all, the terms of service prohibit threats and abuse, as well as "racially or ethnically offensive language." More immediately, Yik Yak lets users vote comments up or down, giving them longer or shorter lives.

By wielding their voting power, Yik Yak users develop unwritten rules that tend to keep things friendly and fun, observes Briallyn Smith, a graduate student in rehabilitation science at Western University in London, Ontario, who writes frequently on the intersection of technology and college life. "I've been amazed by how quickly Yaks that don't fit the community's standards will be removed from view—not by any external moderation, but by the user base," she writes, noting that "generally you'll only see negative messages for the first minute after they are posted, after which they are completely down-voted into oblivion."

Such is the power of truly voluntary association, it turns out, that people will come and go based on whether they like being there:

If a local Yik Yak provides a place people want to hang out, it will flourish. If it alienates too many users, it will just blow away. The service has spread so fast not because students love to dole out abuse but because they yearn to connect.

Postrel's piece isn't just interesting for what it says about Yik Yak but for what it says about moving past snap reactions about all sorts of relatively new technologies. We are living in the golden age of overreaction, it seems, where every new form of communication and every new development is seen as the beginning of the end, if not the final stage of all Western civilization. It's nothing less than a relief and an inspiration to once in a while read a story about something in which the author, you know, actually did some research and reporting before going all Colonel Kurtz.