Twenty other students were suspended for receiving the video on their cellphones. 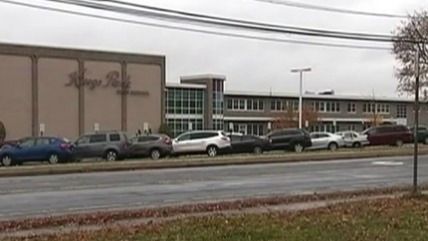 In today's column about the recent "sexting scandal" in Cañon City, Colorado, I note that 17 states have changed their child pornography laws so that teenagers who swap nude photos of themselves with each other are not automatically treated as felons. One of those states is New York, which makes an exception for images exchanged between people 20 or younger whose ages are no more than five years apart. In such cases, the "offenders" can avoid criminal charges by undergoing an eight-hour "education reform program" that covers the dangers of sexting and cyberbullying. Despite that provision, two Long Island teenagers were recently charged with felonies for producing and disseminating a 10-second video showing one of them having sex with a girl.

WNYW, the Fox station in New York City, reports that the two boys who were arrested are both 14. It does not give the girl's age, saying only that she was "underage," which could mean she was younger than 18, the legal cutoff for so-called child pornography, or younger than 17, the age of consent in New York. Even a teenager younger than 17 can legally have consensual sex in New York as long as her partner is no more than four years older and she is at least 13. But no one, including the girl herself, can legally record the encounter or let others see the video.

Gothamist reports that the boys, who shared the video with other students at Kings Park High School, were each charged with two Class D felonies (which are punishable by up to seven years in prison, although probation is also possible): disseminating indecent material to minors and promoting a sexual performance by a child. The former offense includes sharing any sexual material deemed "harmful to minors" with anyone younger than 18. The latter offense defines child as anyone younger than 17. In neither case would it matter whether the girl agreed to appear in the video or agreed to share it with others. But if the recording was made without her knowledge or shared without her consent, that could help explain why police decided felony charges were appropriate. In any event, it looks like videos may not be covered by New York's escape clause for adolescent sexting, which refers to "exhibition or distribution of a photograph."

In addition to the two boy who were arrested, 20 students were suspended for receiving the video on their cellphones. Their parents complain that the punishment is indiscriminate and unfair, since the students who were sent copies of the video did not necessarily ask for them or agree to receive them. School officials say opening the message with the video was enough to make the students culpable. According to WNYW, "some parents said they would defy the suspensions and send their children to school."

[Thanks to CharlesWT for the tip.]