Kentucky Judge Rules in Favor of Shooting Down Snooping Drones

Watch where you fly. 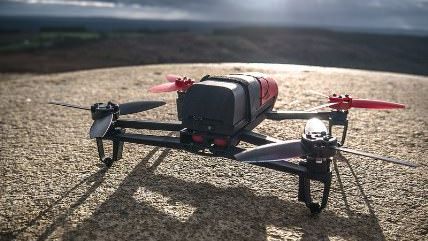 Remember that guy in Kentucky who was arrested in July for shooting down a neighbor's drone that was allegedly hovering over his property? He was charged with wanton endangerment and criminal mischief.

A judge has tossed out the charges. From NBC affiliate WAVE News:

Bullitt County Judge Rebecca Ward on Monday dismissed the case against William H. Merideth, who admitted to shooting down a drone he said was hovering over his home last July.

"I think it's credible testimony that his drone was hovering from anywhere, for two or three times over these people's property, that it was an invasion of their privacy and that they had the right to shoot this drone," Ward told the courtroom. "And I'm going to dismiss his charge."

The owner of the drone said he was "dumbfounded" at the decision and insisted he was flying the aircraft higher than Merideth claimed and did not hover over his property. He has the opportunity to appeal the judges' decision before a grand jury (and has posted what he claims is video footage of the drone's final flight). Maybe the drone's owner should just consider a civil suit to try to make Merideth pay for it if he's so sure he hadn't violated Merideth's privacy?

Anyway, this case again is being used in the story as an example that we need more "regulation" of drones, though I'm not entirely sure why. The judge ruled that the drone was over Merideth's property and his reaction was appropriate. The "controversy" here is about differing interpretations of what the actual facts are, and more regulations aren't going to fix the issue. On the other  hand, a drone this week flew into wires and shut down electricity in West Hollywood. Authorities are looking for the drone's owner.

Related: The Department of Transportation is working on plans to require people to register their drones with the federal government. It's not clear yet whether the kind of drone involved in the Kentucky case would be required to be registered under this pending plan. But then again, it also wouldn't have mattered in this case even if it had been.