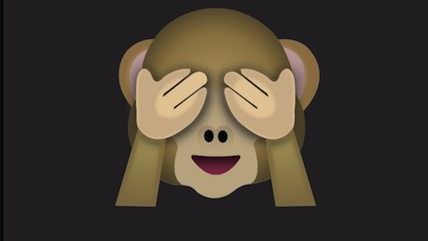 Last week The Intercept published a trove of documents revealing some ugly elements of the drone war. But if you're a part of that war, the Jacksonville Daily News reports, you may be required to blind yourself to the story:

Service members, civilian employees and government contractors who view a recently published cache of classified documents containing intimate details of the controversial U.S. drone program could be putting their security clearance at risk, according to a Washington D.C. attorney.

"Just like with the 'Wikileaks' disclosures, individuals holding security clearances are technically not supposed to review the materials contained in the drone strike stories published by The Intercept," Bradley P. Moss, a national security attorney in Washington, D.C., told The Daily News. "The leaked materials are still considered classified and viewing classified documents, to which clearance holders are not authorized access is again, technically speaking, a security violation."…

"We are still looking for old guidance," Marine Capt. Phillip J. Kulczewski said. "(But) Marines should not be viewing these documents online."

It seems like a joke from a Joseph Heller novel: News breaks that's directly relevant to a war, and the one group barred from reading about it consists of people who actually wage that war. But stories like this have appeared following each major leak from the national security state over the last half-decade, a recurring reminder of how irrational a bureaucratic system can be.

I'd say more, but my main points haven't really changed since the last time I wrote about this here at Hit & Run, when the Snowden revelations were the leak du jour. Here that post is again: "Why a Government That Collects Everyone's Private Data Won't Let Its Employees Access Public Information."