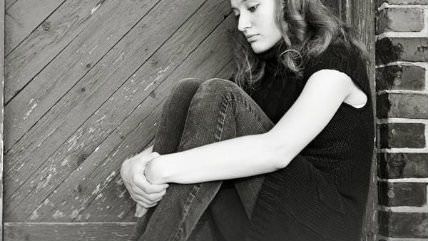 Eighty-five percent of sex trafficking victims where? The group doesn't say, leaving it open to the interpretation that the majority of sex trafficking victims worldwide are American citizens. That's a conclusion that may defy common sense, but a lot of people's only information on sex-trafficking comes via scaremongering legislators, local news, and activist groups. Covenant House's choice to leave this statement vague allows them plausible deniability ("of course we meant in the United States!") while knowing full well some will read it otherwise.

Even assuming everyone realizes we're talking U.S. victims, there are still problems with Covenant House's statement. For one thing, we don't know the citizenship makeup of sex trafficking victims because it's an underground economy; even estimates based on arrest records are inherently biased because they're skewed toward those law enforcement treats as trafficking victims. In the U.S., this includes any minor engaged in prostitution. Which brings us to the last misleading header claim: that the majority of sex trafficking victims are runaway children.

To a lot of people, this statement surely conjures bad guys snatching up 10-year-olds or cajoling in vulnerable young girls only to hold them in captivity and force them into prostitution. But the runaway children claim is only true insofar a large number of teens engaged in prostitution or "survival sex" (trading sex for shelter and food) are indeed runaway and/or homeless youth. Multiple recent studies have shown, however, that the majority of these teens—and note, we are talking almost exclusively about teens when we talk about runaways going into prostitution—do not have pimps, and are not being forced into selling sex.

Yet under federal law, anyone under age 18 that exchanges sex for something of value (including a place to stay) is a sex-trafficking victim, even if they're acting entirely of their own accord. So yes, technically, U.S. sex trafficking victims may be "mostly runaway children," but only because we've legally defined any vulnerable young person who has sex as a sex trafficking victim (and only if you accept that 16- and 17-year-olds are "children").

Boilerplate language at the bottom of the email notes that Mother Jones "does not endorse any political candidate (or) organization… and the views expressed in this communication do not constitute an endorsement, recommendation, or favoring by Mother Jones." And yet the publication allowed Covenant House to directly use Mother Jones' name and progressive reputation in its marketing. Directly following the 100,000 children propaganda, Covenant House states:

as a reader of Mother Jones, I know you agree we cannot ignore the insidious practice of selling kids for sex.

Later, it adds that "we need the support of compassionate, progressive people like you to urge action."

Covenant House's aim is getting people to sign a petition in support of 12 new anti-sex trafficking bills in the U.S. Senate. Neither the email nor the petition bother explaining what any of these 12 bills contain. Nor do they even say which 12 bills we're talking about—there are currently more than 12 open, human-trafficking-related bills in the U.S. Senate. Nonetheless, Covenant House assures "compassionate, progressive people" that if they just sign their name, it "will deliver a major blow to the vile sex trafficking industry pervading our country."