Their profile is shared by many people who never kill anyone. 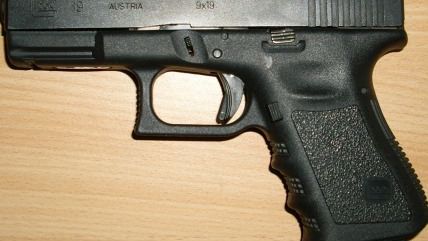 The New York Times notes that mass shooters tend to share certain traits, including isolation, anger, and depression. But that does not mean they can be identified before they commit their crimes, because many other people with these traits never kill anyone. "What seems telling about the killers," says the Times, "is not how much they have in common but how much they look and seem like so many others who do not inflict harm." As Northeastern University criminologist James Alan Fox, an expert on mass murders, tells the paper, "The big problem is that the kind of pattern that describes them describes tens of thousands of Americans—even people who write awful things on Facebook or the Internet. We can't round up all the people who scare us." Duke University psychiatrist Jeffrey Swanson concurs:

Sure, you've got these risk factors, but they also describe thousands of people who are never going to commit a mass shooting. You can't go out and round up all the alienated angry young men.

The observation that mass shooters cannot be identified before the fact is obviously relevant to proposals for expanding the use of forcible psychiatric treatment as a way of preventing these crimes. But it is also fatal to the idea that background checks are the key to stopping mass murderers. As Brian Doherty noted on Friday, all of the guns used by the perpetrator of last week's massacre in Oregon were purchased legally, either by the killer himself or by his relatives. The fact that the killer bought weapons from federally licensed gun dealers means he repeatedly passed background checks, presumably because he did not have a disqualifying criminal or psychiatric record, which is typically the case with mass shooters.

A sidebar to the Times story obfuscates that point, saying "criminal histories and documented mental health problems did not prevent at least eight of the gunmen in 14 recent mass shootings from obtaining their weapons, after federal background checks led to approval of the purchases of the guns used." In three of these cases, information that arguably would have blocked the purchases was not obtained, either because of FBI negligence or because of incomplete databases. But in the rest of the cases, the "criminal histories and documented health problems" to which the Times refers were not legally disqualifying because they did not involve felonies or court-ordered psychiatric treatment. And in none of these cases would requiring background checks for all gun transfers—the most commonly mentioned response to mass shootings—have made a difference.

The obvious response is to expand the criteria for prohibiting gun ownership. But as I mentioned last week, those criteria are already excessively broad, arbitrarily depriving millions of people who pose no threat of their Second Amendment rights. Expanding the criteria—to include, say, people with psychiatric diagnoses or people whose disruptive behavior gets them fired from jobs or kicked out of school—would only compound this unconstitutional injustice while doing little to prevent mass shootings.