Very few people are victims of workplace homicide-and the ones who are are mostly men. 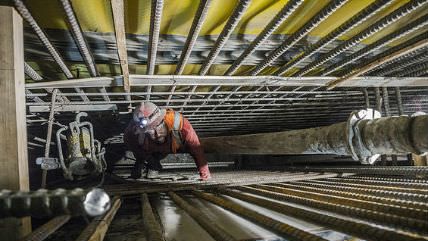 Math is hard. But it needn't be as hard as writers at ThinkProgress, The New York Times, and even The Washington Post's Wonkblog are making it.

Following the on-air murders of two reporters in Virginia yesterday, ThinkProgress economic policy editor Bryce Covert published a post under the headline "Getting Murdered At Work Is Incredibly Common In The U.S." In it, she wrote:

Women are far more susceptible to being murdered at work than men. While women have a lower workplace fatality rate — there were 302 fatal workplace injuries involving female workers in 2013 — 22 percent of them involved a homicide, making it the leading cause of death. For men, just 8 percent related to a homicide.

Astounded by this seemingly newsworthy observation, New York Times technology reporter Farhad Manjoo tweeted out a screen shot from Covert's post annotated with "Workplace homicide is pretty common. It's the leading cause of death for women at work."

As many, many people have since pointed out, these claims almost seem engineered to cause maximal hysteria by leaving readers with an utterly incorrect impression of the facts.

In 2013, according to the Bureau of Labor Statistics, the rate of workplace fatalities was 3.2 per 100,000 full-time equivalent workers. Just 397 of those were homicides—meaning about 0.00029 percent of the workforce were murdered while on the job. Does that sound like an incidence rate that could accurately be described as "incredibly common"? Methinks not, personally.

Nor were women more likely than men to be murdered on the job, though you could be forgiven for thinking otherwise based on the recent coverage. To stick with numbers from 2013, per The Washington Post, 341 men and 67 women were victims of workplace homicide. In other words, men made up 83.5 percent of all workplace murders that year—an overwhelming majority.

That piece by WaPo's Dan Keating was more accurate, if still somewhat misleading. As he put it:

Out of nearly 4,600 workplace deaths in 2013, 9 percent were caused by homicides…It's a pattern that disproportionately affects women. After car accidents, homicide is the most likely way for women to die at work, representing 21 percent of workplace deaths.

I could nitpick his claim that the problem "disproportionately affects women," given that they made up less than 17 percent of all workplace homicides. But it's true that of those women who died at work that year, a significant portion of them—about one in five—were murder victims.

As Joel Best, a professor at the University of Delaware and the author of the bestseller Damned Lies and Statistics, puts it, Keating's claim isn't false, but "it isn't terribly interesting," either. "Obviously men have many more workplace fatalities, because generally they do more dangerous work," he says. Women "almost have no opportunities to walk off a beam."

He points out that reporters and activists have been making this mistake for decades.

"What happens is you get a dramatic crime like a TV crew being shot on camera, and then you say to yourself, 'What is this an example of?'" he explains. "Apparently, we've decided it's an example of workplace homicide. Then you start running around trying to find statistics" to back that up.

The problem is, this was "a really atypical type of workplace homicide," most of which involve robberies of cab drivers, liquor stores, jewelry shops, and the like. "It's a really bad idea to use this as an example of a larger phenomenon," he adds.