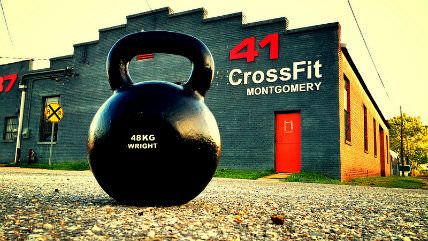 For a rage-inducing glimpse at the bureaucratic horrorshow that inevitably results when municipal governments attempt to lead the nation on health regulations or professional licensing, read The Washington Post's depressingly thorough story on the District of Columbia's pioneering efforts to do both via the licensing and regulation of personal trainers. It's a report with something to outrage just about everyone.

For example, the whole thing is, like occupational licensing schemes everywhere, an anti-competitive scam designed by poorly qualified incumbents to block competition. As the Post notes...

The problem for personal trainers is that no standards currently exist. Instead, dozens of competing descriptions have been written by gym owners, for-profit training companies and self-proclaimed fitness experts. There are even competing organizations that certify competing tests.

Obviously this is a serious problem that has to be solved, and only "an obscure group of D.C. regulators" with eyebrow-raising professional ties can do it:

Grappling with all of that, an  obscure group of D.C. regulators — the Board of Physical Therapy — is preparing to release rules that could send a shock wave through the American fitness industry. Fearing the outcome, some of the loudest voices in the field have decided to go on the offensive. They are calling the process into question and urging city lawmakers to pull back or even halt the effort with threats of drawn-out legal battles.

Some exercise specialists who work most closely with medical groups say the D.C. physical therapy board has an inherent conflict of interest and is trying to restrict professionals with whom their own industry is in direct competition. They point to draft language that could be construed as cutting out personal trainers from potentially billable future work.

Once again, wait: You really mean that professional groups granted regulatory power over their rivals might use licensing requirements in self-interested ways? Who could possibly have imagined that this would happen?

Rules have already been considered that would either block new entrants to the physical fitness market or saddle them with enormous expenses. Crossfit, which I have never tried, but which lots of people seem to enjoy quite a bit, seems to be a particular target. One D.C. Crossfit entrepreneur, a former legal worker, tells the Post that he would not have been able to open his facilities under one requirement that has already been floated:

One early proposal that the D.C. board discussed but appears to have moved away from would have required personal trainers to have as much as a four-year degree. Killion said that if such a rule were adopted, he almost certainly wouldn't have abandoned a career in law.

"I would have never been able to start my business, and we wouldn't have people who have lost 100 pounds if that were the case," he said.

Not only would they make it more expensive and onerous to operate fitness facilities, and thus make it likely that there would be fewer of them and that fewer people would be members, they also have the potential to reshape the sorts of classes and services that gyms offer, and, in addition, to impose one-size-fits-all fitness requirements that don't reflect individual preferences or physical responsiveness:

"This will affect everyone because 'fitness' is a nebulous term. That's why we have so many pathways to achieve it .?.?. we all respond differently to exercise and we all have different factors in our lives that come into play in trying to attain it," said Phillip Godfrey, a medical exercise specialist in the District who has tracked the D.C. law for months and has become convinced the final product will be problematic for his livelihood.

"The term 'personal fitness trainer' is not true for everyone in the industry," Godfrey continued. "That's a known title, but there are kinesiologists, corrective specialists .?.?. literally hundreds of titles and sub-specialties. Setting one pathway, one test, one methodology to train individuals — that can be problematic. It may work for some and not others."

This entire lovely mess is, of course, thanks to the expansive and unknowable glories of Obamacare:

The credit — or blame — for the newfound urgency can be traced in part to President Obama's Affordable Care Act. A variety of workplace wellness programs and preventive health-care initiatives called for in the law could soon translate into rivers of billable hours for those with credentials to keep American waistlines in check.

Does anyone really think that any meaningful, mass improvements in health and fitness will come of this? Based on the long history of poor government health interventions and dietary recommendations, which have similarly attempted (and in many cases still attempt) to impose dubiously sourced, centrally devised, often provably wrong eating guidelines on aspects of personal health that are inherently individual in nature, the answer to that question at least should be a resounding no.

However, I will say this for Obamacare's effect on my personal physical fitness: It manages to get my heart rate up just thinking about it.