Among their goals is removing the most egregious terms in police contracts. 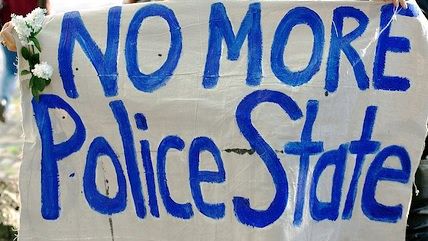 Activists from Black Lives Matter have launched an initiative called "Campaign Zero," which seeks to bring down the number of people killed by police in the U.S. each year. The initiative includes ten proposals for reform that would help make that happen. Those are: 1) End Broken Windows Policing, 2) Community Oversight, 3) Limit Use of Force, 4) Independently Investigate & Prosecute, 5) Community Representation, 6) Body Cameras, 7) Training, 8) End for-profit policing, 9) Demilitarization, 10) Fair police union contracts.

Each of the policy proposals is explained in more detail at JoinCampaignZero.org. Among the proposals, activists suggest decriminalizing marijuana and the public consumption of alcohol. Several of the policy proposals (like an end to broken windows policing and an end to for-profit policing) will be impossible without engaging and interrogating the value of petty law enforcement, which disproportionately affects the poor. Things like "community representation" may make this harder—despite the rhetoric, the kinds of petty laws that can lead to questionable police shootings are generally supported in the communities where they're enforced. "Quality of life" laws, the kind that pit police officers against peaceful residents doing something other residents may not approve of, enjoy broad support among voters. That's why the laws are there.

Nevertheless, the Campaign Zero policy proposals are a great framework for activists around the country to use to push for reforms. Campaign Zero suggests a federal prosecutor for all cases of questionable police use of force. This, like most solutions looking for national application, is unworkable. But some jurisdictions have begun to shift the burden of investigating police away from police and the prosecutors they work with toward independent agencies. While police brutality and misconduct are national issues, they are local problems with local solutions. The Campaign Zero policy proposals are productive because they are, by and large, locally focused, allowing activists anywhere in the country to focus on specific solutions to police violence in the jurisdictions in which they live.

Of note, too, is Campaign Zero's focus on police union contracts. It would be unreasonable to expect Black Lives Matter to push for the dissolution of police unions at this point, it being a movement that's grown out of a largely left-wing milieu that idolizes unions, public and private, even when it means giving more power to agents of the government given wide discretion to kill. Campaign Zero's demands for police contract changes are bold. They want the privileges extended to cops accused of crimes that "civilians" don't get withdrawn, and they don't want police officers paid after they seriously injure or kill a civilian.

These are all realistic demands, of course, but will be impossible to achieve so long as police unions maintain their political power and collective bargaining privileges. Black Lives Matter activists need to take a deep, objective look at what happened in Wisconsin. Gov. Scott Walker (R) exempted police unions from public union reform but they still participated in the campaign to defeat the reforms and oust the governor. How will these unions react when it's their own privileges being attacked? Police unions are a powerful, antagonistic political force when it comes to Black Lives Matter activists' quest for police and criminal justice reform, and, importantly, such unions should not be allowed to exist in a democratic society where employees of the government are supposed to serve residents and not the other way around.

The left has spent decades building a middle class of government workers whose livelihood is based on controlling, managing, and otherwise interfering with the lives of poor and marginalized peoples. Hillary Clinton admitted a couple of years ago that the jobs program built around the drug war has made it exceedingly difficult to end. The same goes for the jobs programs built around policing, corrections, and other government work that relies on oppressing, controlling, and denying the freedom of marginalized people.

The unions these people organize are diametrically opposed to the stated goals of Black Lives Matter and even opposed to the theoretical and idealistic goals of the left when it comes to liberating the poor. These unions have turned marginalized communities (many of them poor and black) into revenue streams and sources of a livelihood. So long as that relationship continues, the system will keep destroying lives of all colors.