Wisconsin to Market Chain: Jack Up Those Prices or Else! 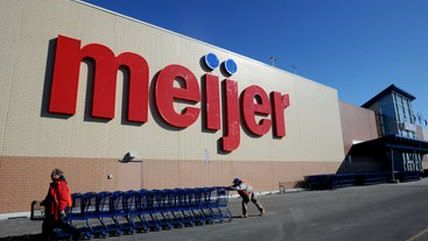 Michigan-based market Meijer is attempting to expand into the state of Wisconsin, and they're offering food for a steal. Who wouldn't want Pop Tarts at $1.50 a box or tomatoes for $.79 a pound?

The answer to that question is, of course, protectionist bureaucrats and rival stores within the state of Wisconsin. Meijer is now under investigation for violating the state's Unfair Sales Act, a depression-era law that forbids selling merchandise at below cost. A law firm in Milwaukee filed complaints on behalf of an unnamed client naming 37 products they believe are being sold below cost.

From MLive in Michigan:

The alleged violation of the so-called minimum markup law comes as Meijer is investing $750 million to expand into Wisconsin. This summer, the Michigan-based supercenter chain opened four stores in the Milwaukee area and expects to have at least a dozen stores open by 2019.

While Meijer was aware of the law, the complaints surprised the privately-owned retailer, which has long competed on price in the marketplace and uses the advertising tagline "higher standards lower prices" in its commercials.

"Those prices were for our grand opening promotions, which are consistent with the promotional prices we used when we opened the Michigan stores in Alpena, Manistee and Detroit," said Frank Guglielmi, Meijer's director of communications.

The statute even allows competing retail chains to sue Meijer privately "to recover up to $2,000 per day or triple actual damages, whichever is greater," according to MLive. Reporter Shandra Martinez notes that legislators have been trying to reform the law and have so far been unsuccessful.  Entrenched grocery store interests are opposed:

"You would have massive, massive disruption in the marketplace," said Brandon Scholz, [Wisconsin Grocery Association]'s chief executive officer. "You would have competitors trying to meet those prices and you would have others who simply could not do it."

The restrictions of the 76-year-old law are embedded into the business plans of manufacturers, wholesale suppliers, those who transport the goods and retailers, he said.

"You simply can't end it today and expect them to stay in business. In states that haven't had it, they have managed to build their business plans that way," Scholz said.

Yes … and? These laws still exist in just 16 states. All the others are managing to have competitive grocery marketplaces without them. Scholz is demanding that the government should have the authority to protect stores' "business plans" through the force of law.