The First Republican Debate of 2016: Your Morning Round-Up

A quick guide to the candidates' performances 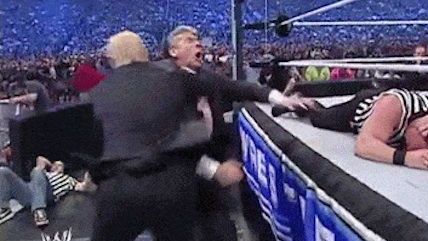 Did you watch the prime-time Republican debate last night? Here's a clip to refresh your memory:

No? OK, here's a quick guide to what the performers said and did:

DONALD TRUMP: Confessed that he might decide to run as an independent, but assured everyone that he's willing to endorse the GOP if the GOP endorses Trump. Acknowledged that he used to have very different opinions on several issues important to Republicans, but that's OK; every now and then you've just got to declare bankruptcy and start over.

CHRIS CHRISTIE: A little lost now that Trump has stolen his "blustering bully from the tri-state area" schtick. Tried to revive Giuliani's 9/11 9/11 9/11 schtick instead.

RAND PAUL: Far more libertarian than anyone else on the stage. But that's a low bar to clear when there are people onstage who aren't quite sure what warrants are for.

JOHN KASICH: Said he understands "the concerns of all the folks across this country" because his father was a mailman. Presumably dad used to read him their mail.

MIKE HUCKABEE: He figured out a way to list Trump's negatives without getting Trump mad at him, which is kind of impressive. Also, he wants to tax pimps and drug dealers. When someone asked him a question about transgender issues, he managed to work Benghazi into his answer.

SCOTT WALKER: Resolutely flip-flopping rightward. He might actually win the nomination, so there's a chance we'll get to see him make those flops in reverse this time next year.

TED CRUZ: Threw tons of red meat to the conservative base in his usual raucous way, yet somehow came across as almost mild-mannered. Political scientists call this the Standing Near Trump Effect.

MARCO RUBIO: Solidified his position as the standby Florida conservative.

JEB BUSH: The frontrunner-if-you-don't-count-Trump, which means he can afford to sit there doing nothing memorable while the focus is on the reality TV star. And indeed, I barely remember a thing he said. Does that mean he won the debate?