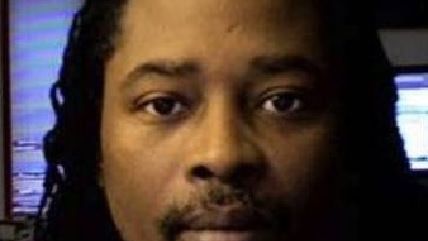 Ray Tensing, the University of Cincinnati police officer who shot and killed Samuel Dubose as the man drove away during a traffic stop over a missing front license plate, was indicted for murder today. The county prosecutor, Joe Deters said Tensing "purposely killed" Dubose in an "asinine" and "senseless" manner. Authorities say Tensing shot Dubose in the head as Dubose tried to drive away, with the county prosecutor saying it took "maybe a second" for Tensing to pull his gun and shoot. He played the body cam footage at the press conference announcing the indictment:

Tensing was reported to have sustained injuries when he fell after shooting his gun. His attorney, Stuart Mathews, who watched the body cam video, said earlier he did not believe his client should be indicted, and said the "political climate" might force an indictment. In preparation for the announcement, authorities closed the University of Cincinnati and state troopers were reported on campus. Ohio Governor John Kasich, also a candidate for the Republican presidential nomination, said he was "concerned about all our communities and all our urban areas" and that the state government was "as prepared as we can be."

Riots following a fatal police shooting in 2001 in Cincinnati led to a number of reforms in the following years. Tensing's murder indictment should not distract from the need for a continued focus on police reforms. Body camera footage helped secure an indictment, but releasing such video during an investigation is still controversial. A committee in Fairfax county, Virginia, set up after the shooting of an unarmed man standing at his door in 2013, recommended faster release of relevant footage as one communications-related reform, but authorities sometimes resist releasing footage during an investigation. Local establishment activists may agree—the Delaware NAACP criticized a local police department for releasing video of police brutality that helped secure an indictment against the cop involved, citing "tensions" in the community.

The prosecutor in this case called for the University of Cincinnati campus police to be disbanded. Residents of Cincinnati, Ohio, and around the country should ask whether policing their neighborhoods is something they want campus cops to do in general, and about what kinds of rules of engagement imposed on local cops. Today's indictment is a positive sign for accountability in this instance, as sustained attention to reforms that would prevent something like this in the future from happening  would be.