The police's image has to improve, says a communications subcommittee charged with proposing reforms. 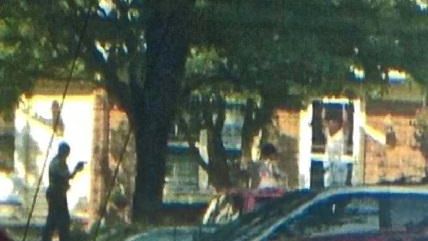 In August 2013, a Fairfax county police officer shot and killed John Geer as the unarmed man stood in the doorway of his home, then waited an hour to provide medical assistance while his family pleaded for help.

Local authorities refused to release the name of the officer who shot Geer for 17 months, identifying him as Adam Torres only after the family filed a wrongful death suit against the county's police chief. Fairfax County settled for $2.95 million in taxpayer money, but refused to admit any liability or wrongdoing as part of the settlement.

The county is still, technically, deciding whether to charge Torres, as an internal investigation remains open nearly two years after the killing of Geer. The lawsuit did uncover some new information about the incident—several witnesses, including four police officers, contradicted Torres' assertion that Geer was reaching for his waistband. They say he had his hands near his head.

Local outrage over the slow pace of the Geer investigation, and a lack of transparency from Fairfax county police, led the county to set up an "Ad Hoc Police Practices Review Commission" with five subcommittees to propose reforms:  on communications, independent oversight and investigation, mental health and crisis intervention training, recruitment, diversity and vetting, and use of force.

A new report from the communications subcommittee decries the "lip service" paid to transparency by county police. Via the Washington Post:

"Communications in recent high-profile use-of-force and critical incident cases were mishandled, inadequate and untimely" the report states, "leading to loss of public trust and questions about the legitimacy of police actions…If the department had policies that fostered real transparency, it's unlikely the controversies in recent years would have lasted so long and there likely would not have even been a call to form this commission."

That's a questionable assertion—Geer was shot while unarmed and standing in the doorway of his home. Had county police been more forthcoming about what happened and that the officer who killed Geer would not face any serious consequences, would that have allayed public outrage? More worryingly, the assertion implies preventing public outrage is more important than adopting new policies that impose accountability onto police officers.

The report did have specific recommendations, including that police should:

release the names of officers involved in shootings within a week, saying the national average is two days, and to immediately release all video and audio recordings if a citizen is killed. The committee also calls on the police to shorten the current 6-20 month timeframe to internally investigate officer-involved shootings and be responsive to questions from the public and news media.

The Torres investigation has been open for more nearly 24 months. Some of the transparency issues, the Washington Post and the subcommittee report note, arise from a state freedom of information law that provides an exception to records in "criminal investigative files," which county police use to reject requests for any police reports. While the Fairfax county government should, theoretically, have the power to order police to limit their use of that exception, a deputy county attorney told the subcommittee it should get the state law changed if they want the practice of rejecting FOIA requests to end. The issue of a lack of transparency in Fairfax police, especially when deadly force is involved, has been a long-standing concern.

The Police Executive Research Forum, an organization of police executives from around the country, had also been asked to review the county police's use of force policies. The review was requested before the Geer shooting but didn't start till nearly a year after Geer was killed. It includes 71 recommendations, such as including "de-escalation," a "duty to intervene" for cops who see other cops acting inappropriately, and a "sanctity of life" statement in the use of force policy. The report also recommends the county not train recruits on how to fire a gun as the first thing in their training.