Score one for due process 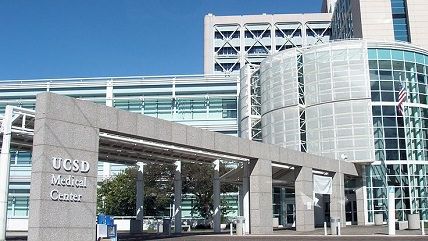 A male student accused of sexual assault and suspended from the University of California at San Diego was subjected to a manifestly unfair adjudication process, a superior court judge ruled on Friday.

The decision supports the assertions of John Doe, who said he was not allowed to cross-examine his accuser and had his punishment increased by the university after he appealed the results of its farcical extrajudicial court.

According to the Foundation for Individual Rights in Education:

This case, Doe v. Regents of the University of California, San Diego, was filed after the university found the petitioner, pseudonymously known as John Doe, responsible for sexual assault after a hearing in December of 2014. Doe was initially suspended for one quarter, subjected to a permanent no-contact order with the complainant, ordered to attend a two-hour sex offense/sexual harassment training, and required to submit to a counseling assessment. Without any explanation, on appeal, his penalty was increased to a suspension for a full year, which required him to reapply to be readmitted. In addition, he was placed on non-academic probation and ordered to attend ethics workshops.

The court ordered UCSD to set aside its factual findings and sanctions because the procedures UCSD used in Doe's case violated his due process rights in several significant respects.

It's easy to see that Doe's due process rights were indeed violated in several key ways. He was not allowed to challenge his accuser, Jane Roe, during the hearing. Nor was he given access to a report on the accusation that had been prepared by the university's Office for the Prevention of Harassment and Discrimination. And when Doe declined to answer certain questions about the alleged assault—pursuant to his Fifth Amendment rights—the panel counted this as evidence of his guilt.

The incident in question concerned a series of sexual encounters between Doe and Roe. According to The Washington Post:

John Doe and Jane Roe — students of the University of California at San Diego referred to in court documents by these pseudonyms — had a number of sexual encounters in early 2014 when they were both undergraduates. Some were consensual; some allegedly were not. In June, Roe complained about Doe to the university, alleging assault as well as retaliation. Doe was found responsible by the university for digitally penetrating Roe the day after they had allegedly had sex for the first time.

While Pressman noted that Roe's credibility wasn't the issue here, he was nevertheless skeptical that she would later consent to sex with Doe just hours after he had allegedly raped her. He speculated that Roe's regrets about having engaged in an ongoing sexual relationship with Doe, in violation of her Mormon faith, might have played a role in her decision to accuse him.

But whether or not Doe assaulted Roe, everyone is entitled to a fair trial—even accused college rapists. Doe was clearly denied an adjudication process that comports with accepted due process requirements. It's unclear if Pressman's decision will have any broader implications—and UCSD could still appeal his decision—but the outcome is certainly a welcome one for supporters of basic fairness in campus rape disputes.