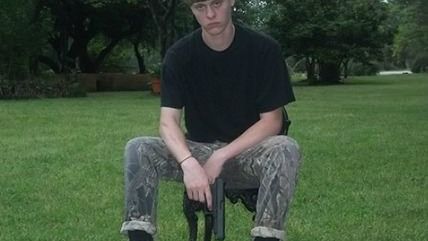 As Brian Doherty noted on Friday, the FBI has concluded that Dylann Roof, the man charged with murdering nine people at the Emanuel AME Church in Charleston, South Carolina, last month, should not have been allowed to buy the pistol he used in the attack. That point seems debatable to me, although either way it's clear that requiring background checks for all gun sales would not have made a difference in this case. Roof underwent a background check, which according to the FBI did not flag him because an agent contacted the wrong law enforcement agency for information about Roof's February 28 drug arrest.

As Eugene Volokh notes, the relevant federal regulation defines "unlawful user" as "a current user of a controlled substance in a manner other than as prescribed by a licensed physician." It adds:

In Roof's case, the evidence of "recent use or possession" did not fit any of these examples: He had not been convicted, he had not been arrested for possession multiple times, and he had not (as far as we know) tested positive for an illegal drug. But according to FBI Director James Comey, Roof's admission to illegally possessing Suboxone on February 28 was enough to show he was "actively engaged" in unlawful drug use a month and a half later, when he bought the gun. Had the FBI been aware of that admission, Comey says, Roof would have been turned away. Maybe. But if so, that fact only underlines the arbitrariness of the criteria used to strip people of their Second Amendment rights.

According to federal survey data, something like 25 million Americans have unlawfully used controlled substances in the last month, and around 42 million have done so in the last year. Allowing for underreporting, the true numbers are probably substantially larger. The vast majority of these people are cannabis consumers, who are still treated as criminals under federal law even if they live in one of the 23 states that have legalized marijuana for medcal or recreational use. This group of legally disarmed citizens also includes anyone who occasionally uses a painkiller, sleeping pill, or stimulant prescribed for a friend or relative, along with everyone who now and then enjoys cocaine, MDMA, or other illegal intoxicants.

This criterion for exclusion makes as little sense as the arbitrary drug prohibitions on which it is based. Maybe less. Raging alcoholics are legally allowed to own guns, but for some reason weekened pot smokers are not. Such distinctions have no obvious connection to public safety. Likewise the blanket disqualifications for people convicted of felonies, whether or not they were violent or involved weapons, and for people who have entered or remained in the United States without permission. The fact that a tiny percentage of people in these categories will commit mass murder hardly validates depriving them all of the basic human right to armed self-defense.

Even if federal law rightly prohibits all these harmless people from owning guns, and even if Comey is right that Roof's purchase would have been blocked if the law had been properly enforced, President Obama's musing about whether a universal background check requirement could have prevented the Charleston massacre is plainly nonsensical. Roof did undergo a background check, but according to the FBI it was not as complete as it should have been. Hence the "common-sense gun safety reforms" that Congress considered in 2013, which would have extended the background check requirement to private gun sales, could not possibly have prevented Roof from committing his horrific crimes.