How Commercial Surrogacy Should Be

Oregon's example shows the benefits of a surrogacy market governed by voluntary contracts rather than strict state regulation. 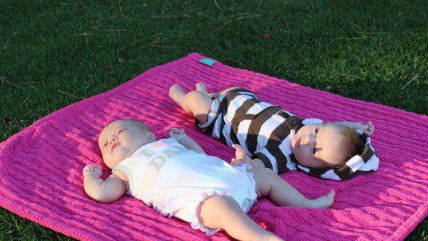 "An Explicit Contract Makes Surrogacy Viable for an Oregon Woman," reads the NPR headline. What follows is a story that's surprisingly absent calls for more government intervention into commercial surrogacy. In fact, it makes a great case for a less-regulated surrogacy market governed by careful contracts between involved parties.

The story centers on Mardi Palan, an Oregon hairdresser and mother who's serving as a surrogate for a gay couple from Israel. The plan is for Palan to gestate two embryos, each created from a donor egg fertilized with sperm from one of the two fathers.

"I carried my son really well and I really enjoyed being pregnant," Palan told NPR. "People mentioned surrogacy as an option to make money on the side and do something really nice for someone else."

Palans' contract has been written to cover every eventuality. The basics are that Palan will get about $25,000 if she successfully delivers a child, and another $5,000 for twins. She says she'll use it for a down payment on a home.

The contract also deals with ethical issues. It states, for example, that Palan is not selling her child, nor agreeing to terminate her parental rights. She can do that because none of her genetic material is involved. … "The analogy is that I'm the soil and someone else is the seed and someone else is the water, so we come together to make the child," she says.

The contract says Palan is getting paid for "services rendered" and compensation for any pain and emotional distress she may suffer. Palan's lawyer, Marlene Findling, says it's a good contract. "By far the vast majority of these contracts go really smoothly. This contract does protect her."

The contract is explicit about what should be done, and what Palan will be compensated, in the event of a wide variety of circumstances. "During the term of this Agreement, Gestational Carrier and Gestational Carrier's Husband agree to follow all instructions regarding sexual activity that are given to them by IVF Clinic," stipulates one section. Another instructs that, in the event of miscarriage, Palan "is entitled to receive a prorated portion of the $30,000.00 base compensation equal to the number of weeks she has been pregnant times $750.00 per week, less whatever base compensation payments already have been made to Gestational Carrier, to be mailed within ten (10) business days of the termination."

If Palan "is pregnant with multiples, the base compensation will be increased by $5,000.00 for each additional Child." Once pregnancy is confirmed, she "will receive $500.00 for maternity clothing expenses (or $750.00 if she is pregnant with multiples), to be sent within ten (10) business days following the completion of the twelfth (12th) week of gestation." If the pregnancy damages Palan's fallopian tubes or ovaries, she will receive an extra $2,500.

"The contract needs to be black and white, because there has to be some clarity at one point in the process regarding expectations," John Chally, director of the NW Surrogacy Center in Portland, told NPR. But "as with most of those things, those contracts don't describe relationships between people."

Chally's comments seem directed at the inevitable crowd who will bristle at such starkly commercial terms being attached to human reproduction. Yet for those who can put aside moral squeamishness, contracts like these show the emptiness of anti-surrogacy arguments based on the alleged insurmountable nature of legal complications, as well as assertions that legal surrogacy must involve strict oversight by state or federal government. Chally has helped facilitate successful commercial surrogacy arrangements in Portland with clients from 23 different countries.

Oregon has, according to NPR, become something of a hotbed of commercial surrogacy activity in the U.S., owing to "lenient laws, a critical mass of successful fertility clinics and a system for amending a birth certificate pre-birth." In neighboring Washington, however, surrogacy for profit is strictly prohibited. So it goes, too in New York, Oklahoma (where surrogacy contracts are considered a form of criminal child trafficking), Michigan (where gestating-for-pay could land you five years jail time), and many other states. Reason TV took a look at state surrogacy laws, and one New York lawmakers' quest to change them in his state, this past March. Check it out below: