Police gave a citation for panhandling to someone with Larry Martin's ID, but Martin says it wasn't him. 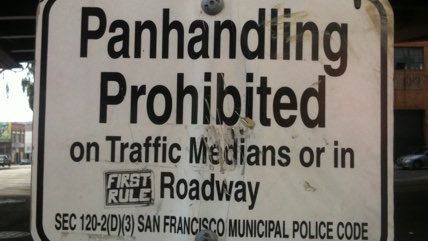 An Atlanta man says a citation for panhandling is a case of mistaken identity, but so far he hasn't been able to convince the court.

According to The Atlanta Journal-Constitution, police issued Larry Martin the ticket last November. Since then, Martin has been struggling to prove the man they ticketed wasn't him:

Martin believes he was the victim of stolen identity.

Martin says the only reason he can think of for the confusion is that his wallet was stolen weeks before he got this ticket.

"I turned around and called Atlanta Police Department and I reported my wallet as stolen and they took a police report and it's on record," Martin said.

He thinks whoever was cited for panhandling gave the officer his stolen ID.

Even with a letter from his employer, which reads, "This is verification that Larry Martin was at work on November the 29, 2014, from 9am to 7pm," when the citation was issued, Martin said he still hasn't been able to convince the judge.

Martin claims the court tried once to contact the officer who issued the citation, but he couldn't be reached that day.

In 2012, the Atlanta City Council passed a law meant to strengthen enforcement of and penalties for "aggressive" panhandling, per another Journal-Constitution piece. The law makes it illegal to solicit money within 15 feet of a building entrance or exit, as well as near ATMs or parking lot pay boxes.

A first offense carries a penalty of 30 days of community service, while a second offense earns a person a mandatory jail stay of at least 30 days.

The Atlanta Police Department has not responded to a request for comment.

Martin's fourth court date, during which he'll try again to persuade the city they have the wrong man, is scheduled for next week, according to AJC.com.