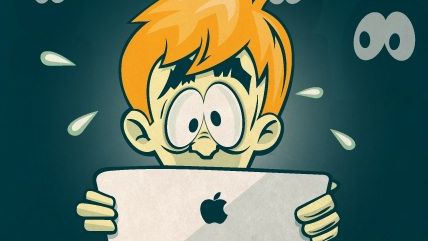 Martin O'Malley's role as an establishment man trying to run as an anti-establishment candidate was awkward enough when he entered the presidential race on Saturday, as progressive protesters heckled his progressive-sounding speech. It got worse on Sunday, when reporters asked him about the weekend's PATRIOT Act debate. Endorsing some reforms—he supports the USA FREEDOM Act, which has split the pro-privacy community—he nonetheless couldn't help engaging in a little fearmongering about the maneuvers taking place in the Senate. BuzzFeed reports:

O'Malley warned that [Rand] Paul's actions in the Senate on Sunday could put Americans at risk.

"I think we could be less safe if we resort to obstructionism when it comes to something as important as protecting our homeland from the threat of terror attacks," he said.