As Long as Government Exists, Our Freedom Is Insecure

The only way for the state to truly respect our liberty would be to dismantle itself. 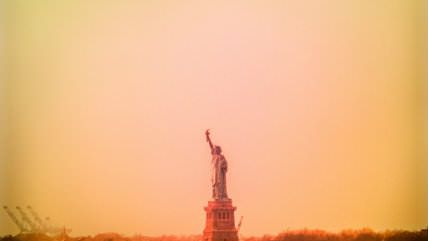 An article by George H. Smith from a few years ago makes a distinction about freedom that seems worth pursuing. In "Jack and Jill and Two Kinds of Freedom" (also a podcast), Smith distinguishes between (as the title indicates) two kinds of freedom, or between freedom and liberty. He tells the story of Jack, who wants to climb a hill to fetch a pail of water and needs Jill's help to bring the heavy pail back down. Being a "moral nihilist," Jack is just as willing to force Jill to help him as he is to persuade her. It all depends on his cost-benefit calculation at the time. In Smith's story, Jack chooses persuasion and succeeds, so he does not need to resort to Plan B, compulsion. Jill, by the way, does not know that Jack would have forced her.

Jill, on the other hand, is a libertarian who believes in rights and justice. Had the tables been turned and she needed Jack's help, her only acceptable course would have been persuasion.

What are we to make of this? In both scenarios Jack and Jill are free, Smith writes, in the sense that neither was subjected to force. "Freedom in this sense depends on how others act in regard to me. And since actions are guided by value judgments, I can be free only to the extent that others value my freedom by refusing to aggress against me." But, he adds, the quality of their freedom is not the same:

Jill's freedom, since it depends on Jack's pragmatic calculations, may be called pragmatic freedom. And Jack's freedom, since it depends on Jill's moral values, may be called moral freedom. This does not mean that Jack somehow has "more" freedom than Jill; the distinction here is qualitative, not quantitative. Jack has a better quality of freedom than Jill, because his is more secure.

For the purposes of his article, Smith calls pragmatic freedom simply freedom and moral freedom liberty, though he does not propose this for general usage. (He notes that liberty and freedom are typically used interchangeably.) He goes on:

Freedom, as I shall now use the word, exists whenever a person is not subject to the compulsion or constraint of another person. This describes an objective state of affairs. In our previous scenarios, both Jack and Jill were objectively free vis-à-vis the other person, because neither was actually threatened with force. The fact that Jack was willing to use force, the fact that he was willing to resort to Plan B if Plan A had failed, is irrelevant in this context. Subjective intentions and values have no bearing on our description of the factual state of affairs, the objective relationship between Jack and Jill. Nevertheless, there is a significant difference between the freedom of Jill vis-à-vis Jack and the freedom of Jack vis-à-vis Jill. Jill owes her freedom to a pragmatic decision by Jack, whereas Jack's freedom is based on Jill's moral values…. Liberty is principled freedom.

Smith provides a few historical examples in which the two freedoms were explicitly distinguished. He notes that radicals in colonial America were not satisfied when the British Parliament merely repealed import duties (except the duty on tea, which was reduced) because "Parliament also reaffirmed its sovereign right of taxation." The British in effect said, "We could tax you if we wanted to, but right now we don't want to." Smith writes:

American radicals spurned this conciliatory gesture, because the freedom from taxation was granted to them by permission, not by right. This rolling back of taxes, though it increased the freedom of Americans, was widely seen as a threat to their liberty. Many Americans believed that if they voluntarily complied with the reduced tax on tea, they would implicitly acknowledge the principle of parliamentary sovereignty and would thereby lose the ideological war.

Although libertarians are (and should be) willing to argue for the pragmatic benefits of freedom, most libertarians also understand that a free society must ultimately rest on a moral foundation, a positive respect for the moral autonomy of individuals. In short, freedom has both negative and positive aspects.

Thus what libertarians mean by freedom can be phrased both negatively or positively. We may talk about freedom as freedom from aggression or, as Ayn Rand did (quoted by Smith), as "freedom to act on [one's] own judgment, for [one's] own goals, by [one's] own voluntary, uncoerced choice." These phrases mean the same thing; one cannot be thought of without the other.

Recall Jack and Jill. Without any external difference, they are free in different ways with respect to each other: Jack might recalculate his costs and benefits and decide that force after all is a superior means to obtain Jill's help. But Jill cannot do that (without abandoning her moral principles). We could say that Jack values Jill's freedom only instrumentally—the benefits of respecting her freedom exceed the costs today, but not necessarily tomorrow. But Jill values Jack's freedom constitutively: his and other people's freedom—moral autonomy—is a constituent of her well-being, not merely an external means to it in some circumstances. So violating other people's freedom is not an option for Jill. That's why Smith says Jack's freedom is more secure than Jill's freedom.

This leads me to wonder about the implications of this distinction for the debate between those who would limit government and those who would abolish it. In Smith's framework a government that abstained from taxing and regulating people without renouncing the authority to do so would be respecting people's freedom but not their liberty. But if it did renounce that authority, would that mean the government—or more precisely, the individuals who constitute it—respected people's liberty? Would their freedom be more secure like Jack's rather than less secure like Jill's?

Maybe we need not answer that question because a government that truly renounced the authority to tax and regulate would cease to be a government at all. The power to tax is a defining characteristic of the state. What is government without it? That's why Ayn Rand's idea of monopoly government without taxation is incoherent. (She favored a government that obtained its revenue by selling court services like insurance; some Objectivists, such as Murray Franck, disagree that limited-government taxation is immoral.) How would Rand's "government" maintain its monopoly if it could not compel non-aggressive individuals to surrender resources with which to prevent the emergence of market-based agencies that provided security and legal services? If a purported government lacks the power to tax— or generally, to use force against non-aggressors—why call that group of people a government as opposed to other groups that provide similar services?

Thus as long as government exists, no matter how "limited" by a constitution, our liberty will be in jeopardy, our freedom insecure. A monopoly legislation-maker and legislation-enforcer is an intrinsic rights violator. Even if it lowered the tax rate to zero (because, say, it had accumulated a budget surplus), our freedom would be insecure because it might raise tax rates next week. The only way for it to truly respect our liberty would be to dismantle itself.

In the end, government defines its own powers. Not exercising a power is not equivalent to lacking the authority to exercise it. The list of a government's latent powers is endless. Even when many people dislike a particular proposed power, government personnel have a variety of ways eventually to obtain it: indoctrination through the "public schools," a manufactured crisis, blowback, and their broad ability, with the help of the embedded mass media, to control a narrative in favor of power. (Think of the USA PATRIOT Act.) One way or another, politicians, and bureaucrats can in time acquire powers that today may strike people as beyond the pale.

Abolishing government wouldn't secure liberty completely because nonstate organizations and individuals could potentially violate our rights. But at least the most threatening apparatus of organized aggression—the greatest danger to liberty—would no longer plague us.