As reports of abuse mount, Michigan may join New Mexico and Montana in limiting legalized larceny. 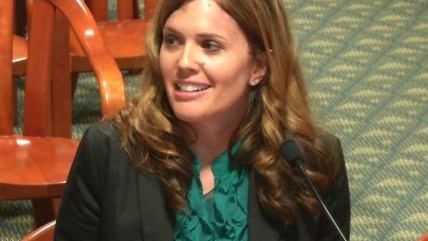 Michigan cops seem to have have developed a habit of using forfeiture laws to commit what amounts to armed robbery of medical marijuana patients and caregivers. In my latest Forbes column, I note that state legislators, including the Republican chairman of the House Judiciary Committee, have responded to these heists by supporting reforms that would make them harder to pull off:

Hency's compliance with state law explains why a St. Clair County judge last week dismissed the charges against her. But when she asked about getting back her property on Friday, she reported, "The prosecutor came out to me and said, 'Well, I can still beat you in civil court. I can still take your stuff.'" When she heard that, Hency said, "I was at a loss. I literally just sat there dumbfounded."

Hency told her story at a meeting of the Michigan House Judiciary Committee, which was considering several bills that would make this sort of legalized larceny more difficult.