Maryland to Allow Some Leeway in Mandatory Minimum Sentencing

Court will be able to depart from guidelines on some drug cases. 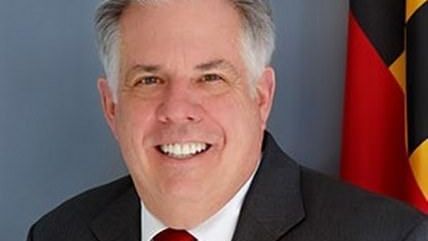 But apparently there is a bright spot. Families Against Mandatory Minimums (FAMM) notes today that Hogan will not be vetoing House Bill 121, which reforms mandatory minimums for some drug cases. He will let it become law without his signature. Weak, but still a victory. From FAMM:

The legislation passed the state's House of Delegates by a vote of 83-55 and the state Senate by a vote of 40-7. Republican Senator Michael Hough recently took to the Washington Times to explain his support:

Prosecutors often use mandatory minimum sentences as leverage to persuade a drug dealer to take a plea bargain and become an informant, which translates into a lighter sentence. Unfortunately, this means more serious offenders, who typically have more information to exchange with law enforcement, can receive lighter sentences than co-conspirators. Take, for example, the case of Mandy Martinson who is serving 15 years for assisting her drug-dealing boyfriend. At her sentencing, the judge stated, "The Court does not have any particular concern that Ms. Martinson will commit crimes in the future." Unfortunately, due to inflexible mandatory minimum sentencing, Ms. Martinson received a 15-year prison sentence, while her boyfriend took a plea deal, resulting in a 12-year sentence.

While the Maryland General Assembly didn't do away with mandatory minimum sentences, we did put more discretion back into a judge's hand so that in egregious cases like Ms. Martinson's, or in cases where drug rehabilitation would serve the public better than a lengthy prison stay, the judge can use the safety valve mechanism to provide an appropriate sentence.

Jacob Sullum provided a recent example of how these horrible mandatory minimums play out in Maryland with the case of a man getting 20 years in prison for possession of six grams of marijuana. Read about that case here.