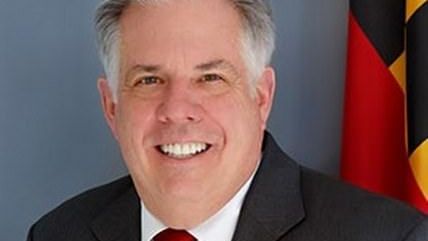 Republican Maryland Gov. Larry Hogan has capitulated to the war on drugs in a pack of vetoes today. The governor has vetoed two bills that would restore voting rights to felons who have been released from prison, a bill turning public smoking of marijuana into a civil offense and decriminalizing possession of marijuana paraphernalia, and a bill that would significantly reform civil asset forfeiture reform to reduce police abuse.

Hogan's reason for his marijuana veto is explained entirely because he's worried that police won't be able to do anything about people smoking marijuana behind the wheel. That is literally his only explanation for his veto and his capitulation to law enforcement and prosecutors who opposed it. Jacob Sullum has analyzed the challenges in claiming that marijuana use creates a driving hazard here.

Finally, Maryland's proposed civil asset forfeiture reform bill would have established a minimum amount of money ($300) to trigger police seizure, required police to establish evidence that the property owner knew said property was connected to a crime, required police to provide better information to property owners about the seizures, and most importantly, forbid law enforcement agencies from transferring seized property to federal authorities. This has been the mechanism by which state and local law enforcement agencies have been bypassing state-level restrictions on asset forfeiture by passing seizures through the Department of Justice's "equitable sharing" program, which has much looser rules of evidence and often allows law enforcement agencies to keep a greater percentage of what they've seized than their own states.

Hogan's explanation for this veto is remarkably absurd. Heroin!

"Maryland is currently facing a heroin epidemic. The individuals involved in the manufacture and sale of drugs are profiting from the deaths and ruined lives they are creating. The asset forfeiture law helps to ensure that these criminals do not reap any economic benefits from their crimes."

None of that would actually change. Police and prosecutors would just have to prove the relationship.

On the bright side, Hogan did also acknowledge in his veto letter that civil asset forfeiture laws are abused. His response is to create a "working group" full of the law enforcement people who are responsible for this abuse to analyze forfeiture laws to recommend changes "if warranted." So, there's that.