Popehat's bookmarkable guide to journalistic nonsense about the First Amendment 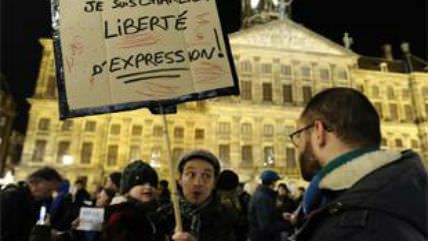 Ken White of Popehat fame has a great post out titled "How To Spot And Critique Censorship Tropes In The Media's Coverage Of Free Speech Controversies." For frustrated free-speechers, it's worth bookmarking and pulling out whenever the latest First Amendment nonsense-conversation begins jacking up your blood pressure to Joe Pesci levels. But it's also a must-read for journalists who wish to avoid making stupid mistakes.

3) "Not all speech is protected"

9) "This speech may be protected for now, but the law is always changing."

There's a lot of valuable Supreme Court citation in there, but I'd like to highlight this bit of media wisdom from #8:

Quoting professors about law is particularly risky, if your aim is an accurate and informative discussion of free speech law. If you call a physics professor and ask them what will happen if you drop your pencil, and why, he or she will say "it will fall, because of gravity." There is a relatively low chance that the professor will tell you "well, maybe nothing will happen" because he or she harbors the belief that the current gravitic regime is unfair and otherwise problematical. But when you call a professor of law, or political science, or journalism, and ask them a question about whether some controversial speech is protected by the First Amendment, there is an unacceptably high probability that you will get a quote expressing what the professor thinks the law ought to be. Sometimes the professor will flag a statement as an argumentative one, sometimes not. Moreover, some professors . . . . how can one put this delicately? Some law professors' views on how a court is likely to rule on an issue are untainted by exposure to actual courts.