Report finds that state misled federal officials about progress on the $135 million project. 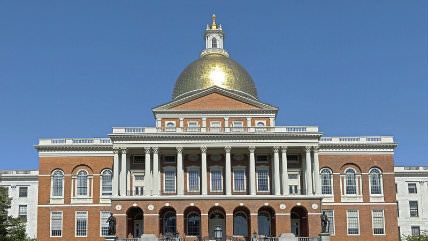 When Obamacare's health insurance exchanges officially launched in October, 2013, one of the worst performers was, somewhat ironically, located in the one state that already had a functioning health insurance exchange: Massachusetts. The state had been running its own online insurance portal for years as part of RomneyCare, the coverage expansion that would become the model for Obamacare. But the exchange the state already had in place, while functional, didn't have all of the features required by Obamacare. A total overhaul was required.

But when Obamacare's exchanges went live, the upgrade turned out to be a downgrade. Despite years of administrative planning and development, funded largely by $135 million federal grants, the Massachusetts Health Connector basically didn't work at all during the first open enrollment period. Repair efforts stalled, and eventually the entire thing was scrapped so that the state could start all over again on yet another new exchange. The original tech contractor, CGI (which also worked on the botched federal exchange) was fired from the project, and a new team was brought in to start over.

It's been clear for a while now that the project was massively mismanaged, but it now looks increasingly as if development of the exchange may have involved illegality as well as incompetence.

Not only did the officials in charge of the exchange botch the job, they are now accused of having intentionally misrepresented their progress (or lack thereof) to federal officials. A stinging report released yesterday by the Pioneer Institute, based on official contemporaneous audit reports by an outside consultant and unnamed "whistleblowers" who were interviewed by the report's author, Josh Archambault, alleges that state officials lied to federal overseers about progress on the project and cheated on a key federal connectivity test, employing what was essentially a dummy system in order to cover for work that had not yet been completed.

In March of 2013, the Commonwealth Connector Authority overseeing work on the exchange, under then-Gov. Deval Patrick's administration, was required to demonstrate that it could connect with the Federal Services Data Hub, a kind of central routing system for information required to process insurance under the law. The state was supposed to use its own system, the one they were building with federal grants, for the test.

But according to the Pioneer Institute report, the state couldn't use its own system because it didn't exist; many of the required technical components were "either absent or incomplete."

Instead, state officials, in coordination with the contractor, used what the report describes as "free open source software" to communicate with the federal data hub and pass the test, thereby "concealing the fact that there was no content on the state website behind the URLs." According to the unnamed whistleblowers, an interface manager working for the state who objected that the plan was deceptive was removed from duty before the test occurred.

Two months later, in May, 2013—roughly five months before the exchange was set to open—the state made a final design presentation to federal health officials at the Centers for Medicare and Medicaid Services. The claims made at the time were, at a minimum, highly suspect.

Connector Authority officials said that high-level design requirements were 99 percent complete, but as the Pioneer Institute report notes, a monthly audit report from consulting firm BerryDunn, which was following the exchange's progress, one month prior had warned that there was "little visibility into [the] desogn and development of key interfaces" and that the consultants had "little confidence" that the state and its tech contractor were effectively working toward building those interfaces in a timely manner. Nor was there a configuration management plan or a coherent design for the site's architecture.

During the same presentation, the state also claimed that it was 60 percent finished with the "design and build" of the system, despite the fact that the the bulk of the website's code was behind schedule and final delivery to the state had not happened yet. Some of the code that supposedly had been delivered already, meanwhile, was impossible for the outside auditors to verify because it hadn't been put on the main servers for testing.

The late delivery of the website code is part of what makes the state's claim that overall testing was 46 percent finished difficult to believe. To the extent that testing occurred at all on the site, it was minimal and late, with a high failure rate. One system test in late September (less than a month before launch) revealed a 90 percent failure rate. The bulk of the project code, however, was never once put through user acceptance testing. When it went live, in other words, no one had ever tried to make it work. So it was hardly a surprise when it didn't.

Archambault's report strongly suggests that the state's intentional deceptions may have been in violation of multiple laws. At minimum, it seems to have been a massive fraud. Massachusetts had not only traded its existing, slow-but-functional system for an expensive, federally funded disaster that didn't work at all, the state had lied about it—not only to federal officials, but also the public: On the day that the new exchange was set to go online, the state released a glossy progress report touting the advances the new exchange would bring, and, in the months before launch, state officials had bragged about the new exchange even as it became increasingly troubled behind the scenes.

Will anyone pay a price for the deceptions, and the blatant waste of taxpayer funds? Last Friday, the Associated Press reported that the state government, now headed by Republican Gov. Charlie Baker, recently received a federal subpoena regarding the development of the Health Connector. There are 135 million good reasons to cheer on this investigation.