The Novels of Jim Webb

The literary career of a possible presidential candidate 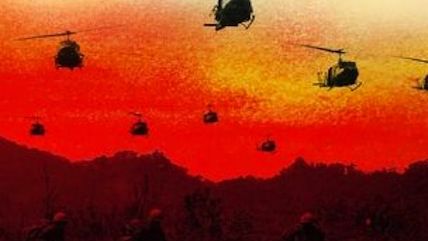 Potential presidential candidate Jim Webb has a number of novels to his name; you may recall them sparking a pseudo-scandal when he was running for the Senate in 2006. (Some unsavory things happen in the books. Therefore, his opponent's operatives claimed, Webb must be unsavory himself.) In an article posted today at The American Conservative, former Reasoner Bill Kauffman takes a deeper look at Webb's literary career and discovers the same populist politics that Webb displays on the campaign trail:

His superb first novel, Fields of Fire (1978), follows into Vietnam a platoon of Marines led by Robert E. Lee Hodges, a young officer from hardscrabble Kentucky who hears ancestral voices as he fights not for the Domino Theory or Robert McNamara but "because we have always fought."

Hodges's unit includes an enlistee from Harvard, mockingly nicknamed "Senator," a "pissant crybaby" who loses a leg yet gains a hard-won wisdom. Senator returns to school a "Real Live Wounded Vet, as rare at Harvard as a miner at a tea party." Contrasting the mewling children of privilege with the hicks and soul brothers with whom he had served, Senator comes to understand that a "culture gap" dwarfs the generation gap or any other artificial barrier that divides Americans.

This culture gap, as well as his rank-and-file resentment of those warmongers who "had other priorities," a la Dick Cheney, has been a consistent Webb theme.

In Something to Die For (1991), Webb's bloodless villain is a defense secretary—a product of Harvard, naturally—who prissily disapproves of the photo of Nathan Bedford Forrest that decorates the office of the elderly Senate majority leader, a Mississippi populist who wants us to tend to our own affairs rather than go abroad to slay dragons.

You can read the rest here. For more from Reason on Webb, go here.