Surveillance Envy Drives France to Intrusive Law of Its Own

Actually, the French government has been snoopy as hell for a long time 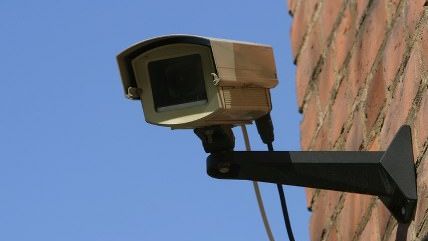 Never a people to let Americans one-up them on anything, French lawmakers are considering a Patriot Act-ish bill that one civil liberties group describes as "a naked expansion of surveillance powers." The measure, which already has preliminary approval, would justify snooping on a variety of grounds far beyond the anti-terrorism concerns driving much of the country's political activity in the wake of the Charlie Hebdo massacre. Besides security, the proposed Projet de Loi Relatif au Renseignement allows for deep government intrusions into online life to achieve economic, scientific, and international relations goals.

Possibly the most concerning aspect of the Bill is the provisions empowering the intelligence services to request that ISPs place mass monitoring technologies on all of their networks. The equipment will allow them to collect the traffic of all internet users and to then search for patterns, defined by the Government, intended to reveal terrorist threats. However, no details are provided as to what would define a "terrorist-like" pattern. The technology will thus browse through the traffic looking for elements such as individuals' visits to certain websites, purchases of particular products or their travel plans. Once the technology identifies what might be a terrorist threat, the law allows for the information collected to be deanonymized for further investigation by intelligence services. The deployment of such technology enables the French government to conduct mass surveillance and mass storage of personal data, a clearly disproportionate incursion into the privacy of all French internet users. Furthermore, representatives from the ISP industry have already started expressing their concerns that such an infrastructure – if it was to be constantly running – would greatly reduce the speed of the internet in France.

As is often the case with these laws, the bill allows for surveillance creep beyond specific targets, to acquaintances who may have nothing to do with any alleged transgressions, terroristic, economic, or otherwise.

The bill "in fact uses law to clothe a naked expansion of surveillance powers," comments Dinah PoKempner, Human Rights Watch general counsel. She notes that the broad surveillance justifications included in the bill aren't traditionally recognized around the world (in countries that care about such thing) as legitimate reasons for curbing human rights. "France can do much better than this, especially if it wants to distance itself from the overreaching and secretive mass surveillance practices of the US and the UK that have attracted so many legal challenges."

Actually, this is nothing new for France. When, courtesy of Edward Snowden, the NSA was caught pawing through the world's virtual sock drawers, the spook agency's former general counsel, Stewart Baker, pointed to the European example and essentially said, "but they're worse!"

Well, that's all right then. And France is poised to make the NSA look that much less bad-ish.

Today, while announcing his presidential campaign, Sen Rand Paul (R-Ky.) promised to curb NSA spying on American citizens. Maybe a French politician or two can take that as a goal to one-up.