Who benefits from branding these teens sex predators for life? 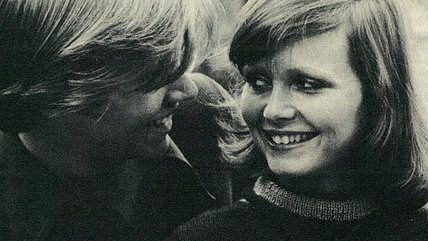 Four Chicago-area teenagers faces felony child-pornography charges after uploading a video of themselves having sex to Twitter. The three boys and one girl, ages 14-16, are being held in juvenile custody until a court hearing later this month.

The intent of laws against child pornography is to prevent the sexual abuse and exploitation of minors. No minors were being abused or exploited in this case. In fact, it's the state who's actively doing them harm, and for what purpose? Why, to "send a message," of course.

Police want the charges against the four students to serve as a cautionary tale to other youths engaged in high-risk behavior.

"The child pornography offense that was charged is in place for a reason, because we don't want to accept that type of behavior as a society," [Joliet Police Chief Brian] Benton said. "It's making a strong statement, and I think it's important to do so, to send a message to others that kids shouldn't be involved in this type of behavior, and hopefully this will serve as a deterrent."

Benton said such behavior could seriously affect the teens' lives "for years to come."

"It's an incident you may not recover from," he said.

The myopia on display in Benton's comments is incredible. The worst thing that's likely to happen from teens sharing their own sex video online is perhaps some judgment or ostracization if people they know see the video. But if convicted as child pornographers, these kids may be ripped from their schools and communities, placed in juvenile detention centers, and branded felons and sex offenders for life. As such, they'll have limited eligibility for college loans, limited employment opportunities, and restrictions on where they can live, travel, and more. So, yes, posting an online sex video of yourself as a teen could be "an incident you may not recover from," but only because of people like Police Chief Brian Benton.