Rubén García Villalpando was reportedly unarmed with his hands up, but, say police, approaching them when they shot him twice in the chest. 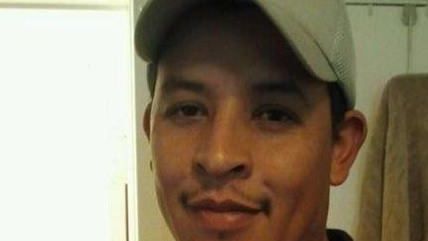 Mexico has condemned the death of a second illegal immigrant this month at the hands of U.S. police. Fox News Latino reports:

The most recent death occurred February 20 outside Dallas. Grapevine Police were searching for a robbery suspect and encountered Rubén García Villalpando, 31, in his pickup truck while he was in the parking lot of a shopping center. He led police on a short chase but then stopped his vehicle, emerged from the pickup and began approaching police officers with his arms up.

Police repeatedly ordered him to stop, but he continued advancing toward them – so they opened fire, police said.

Villalpando was shot twice in the chest. Local activist Carlos Quintanilla told Fox News Latino Villalpando was not believed to have been involved in any criminal activity when police approached him. "You have to understand that when someone is undocumented and is stopped by police, he gets scared. He has children, he is in fear, he thinks he is going to be separated from his family," he said.

Antonio Zambrano-Montes, the orchard worker shot and killed by police in Pasco, Wash., after hurling rocks at cars and the police, was reportedly also an illegal immigrant. He was shot at 17 times by police as he appeared to try to run away from them on video. At least 6 shots him. Police say the official autopsy found no shots in the back, while the family attorney says a private autopsy found Zambrano was hit in the buttocks and the back of the arm. The family is suing for $25 million. A regional unit is investigating the shooting, including whether the video of the incident showed Zambrano holding anything in his arm.

The Mexican government claims it should have been notified about both shootings, per the Vienna Convention, and condemned the Texas shooting as a "possibly unnecessary use of police force." Police in Texas say they have dashcam video of the incident but don't want to release it yet because, they claim, it would "contaminate the investigation."