Should your child be kept out of preschool for not getting a shot that's only 23% effective? 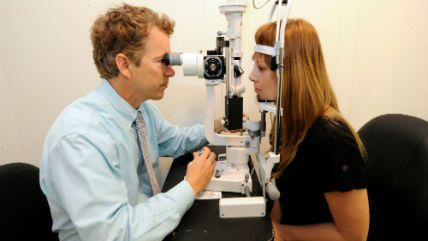 Are we still congratulating ourselves for being on Team Science instead of Team Stupid when it comes to this week's mostly non-existent debate over vaccines? (By "mostly non-existent" I mean that the three main political protagonists in this narrative—President Barack Obama, New Jersey Gov. Chris Christie, and Sen. Rand Paul—essentially believe the same damned thing about vaccines, which is that they are highly advisable medical breakthroughs which nevertheless should not be mandated by the federal government.)

OK, great. Now let's talk about something that's actually worth arguing about: Should you be required to give your offspring a freaking flu shot before she's allowed in any city-licensed preschool or daycare facility? Because that's the five-week-old law of the land in New York City, where I and roughly 17 million other journalists live. You can apply for a medical or religious (though not philosophical) exemption, but otherwise: no flu shot, no preschool or daycare for you, Junior. Similar requirements are also enforced in Christie's New Jersey (he wasn't joking back in 2009 about "highest-in-the-nation vaccine mandates") and neighboring Connecticut, with other states ready to follow suit.

So what's the problem with mandatory flu shots? Start with this pragmatic consideration: The very inoculation being required in New York for the first time in 2015 is only 23 percent effective in preventing the flu, according to the Centers for Disease Control (CDC). "This year's rating is one of the worst since the CDC began tracking the results," Annie Hauser notes over at Weather.com. This poor five-year-old girl died last month from the very strain she was vaccinated against. Using government force to require an only somewhat effective injection is an excellent way to breed broader distrust of all mandated vaccines, even if there were zero potential side-effects from the shot.

And there are not zero potential side effects from the flu shot. I'm no Ron Bailey, and I'm sure he'll educate me to the contrary any minute, but I find it at least worth noting that many medical professionals are risking their own jobs by refusing to get an annual flu shot. Here's what one such nurse, Trish Powers, wrote in the Boston Globe last September:

The flu vaccine is [historically] only 59 percent effective and carries with it serious health risks, which are not disclosed to those receiving it. As of November 2013, the Federal Adverse Events Reporting System has received 93,000 reports of reactions, hospitalizations, injuries and deaths following flu vaccinations. These include 1,080 deaths, 8,888 hospitalizations and 1,811 related disabilities.

Nurses are more aware than the general public of this data, and many do not feel that the low effective rate of the vaccine warrants the health risk.

Is Powers some kind of crazy anti-vaxxer cherry-picking scare-stats? I have no idea! I do know that she's certainly not alone among health care workers, at a time when flu-shot mandates are spreading faster than, well, Hepatitis B.

But are there potential benefits to mandatory flu vaccines? Of course!

A study conducted by researchers at Yale School of Public Health in Connecticut, where a flu-shot law took effect in 2010, found that immunization rates among day-care-age children in the state rose to 84.1% in the 2012-2013 school season, compared with 67.8% in the season before the law took effect.

And the rate of influenza-related hospitalizations fell 12%, to 51.5 cases per 100,000 children of day-care age, in 2012-2013 from five years earlier. That was the largest decline among a group of 11 states that compile similar data, the study found. And among all people in Connecticut hospitalized for flu, the percentage of patients who were children fell to 2.9% from 6.7%. The researchers attributed Connecticut's relatively better performance to the vaccination requirement in child-care settings.

You will find similar happy endings invoked in dissent-free pieces of journalistic advocacy such as this recent bit in Time magazine. But what these articles (and there are lots of them) rarely grapple with is the possibility that parents fed up with being told what more to inject into their children will simply opt out of the penalizing institutions altogether, creating dangerous clusters of under-vaccination. Yes, we should blame silly people for believing vaccines cause autism and then acting recklessly on those beliefs, but if your goal is to increase vaccination rates, continuously adding new mandates seems counter-productive.

And let's not forget that effectiveness is not the only way we judge policy in a free society, particularly when that policy imposes a medical procedure under significant penalty. America would produce physically healthier children if the government mandated drug-testing for all expectant mothers, yet we rightly recoil from such intrusiveness (well, most of the time). Even nationalizing the current state and local immunization mandates is still seen as an invasion too far, from the president on down. Locating the proper line between intervention and recommendation, between herd immunity and individual agency, between protecting children and Protecting the Children, is difficult for everybody, not just libertarians.

We are better served having those debates over actually difficult questions—like whether Hep B* and flu vaccines should be mandatory, or what the terms of the various state/local opt-outs should be—rather than exiting the conversation after loudly appointing ourselves to Team Science. Rand Paul made a mistake when he mentioned "vaccines" and "profound mental disorders" in the same sentence (at least without the connective tissue of do not cause, so far as we know). But this passage of his in USA Today is not only persuasive (if defensive!), it's the gateway to a policy discussion that I think would prove more healthy in the long run than having a partisan laff at all the dum-dums:

I believe in vaccines. But I also believe in the doctors, parents and patients having a say in their healthcare. […]

It is possible to believe all of those things, whether or not the mainstream media chooses to believe it. Of course, their prejudice to supporting government power over freedom becomes quite evident at moments like this.

Don't miss our prescient cover forum of last year: "Should Vaccines Be Mandatory?"

* I elected for my newborn to have this shot last month, as I am both pro-vaccine and even less concerned with side effects than I am the almost zero chance of my infant being exposed to Hepatitis.