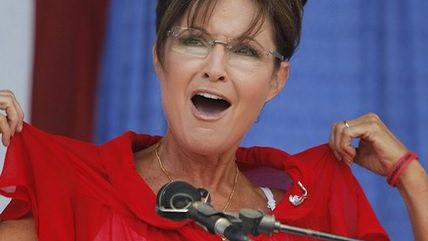 As the silly season of Election 2016 starts cranking up, nothing is sillier and more pathetic than the quadrennial dance of Republicans with manifestly unqualified candidates vying for the party's presidential nomination.

In the past, folks such as Herman Cain, whose resume boasts management stints at two of the rottenest fast-food chains world history, and Alan Keyes, a junior varsity ambassador to the very United Nations that conservative Republicans love to hate, have soaked up the spotlight in ways that boggle the mind. Does anyone else remember the brief 2004 boomlet around Arnold Schwarzenegger, whose year in office as California's governor hadn't yet revealed what an awful, awful leader he was? At the time, his only qualification for president was threatening to shove Arianna Huffington's head in a toilet and yet some Republicans floated the idea of changing the Constitution to let the Austrian Oak occupy the White House.

In a new Daily Beast column, I survey the current crop of fake candidates who are captivating Republican events and news media. Sarah Palin, who quit being a governor after about two-and-a-half years, is "done," according to hard-core conservatives. The word-salad speech she gave at the recent "Iowa Freedom Summit" turned off the last Mama Grizzlyites. But there's still Donald Trump (who spoke at the Iowa event and is a fixture on Fox News) and Ben Carson in the mix. From my piece:

While the GOP struggles to crack double digits in terms of votes from African Americans, the party's overwhelmingly white members seem to have an unending appetite for high-profile, successful black men whose very presence on a debate stage softens charges of hostility and indifference to issues about race. This helps explain whyThe Weekly Standard is officially "Taking Ben Carson Seriously," as Fred Barnes' recent cover story puts it.

Even as sycophantic and try-hard a journalist as Fred Barnes admits that Carson has absolutely zero qualifications for and no shot at becoming the Republican nominee. At best, the retired brain surgeon might make a possible Surgeon General (of course, a Republican administration truly devoted to shrinking the size, scope, and spending of government would eliminate such a useless position). But Barnes is game to make the case for Carson, employing what George W. Bush once famously chided as the "soft bigotry of low expectations." Carson, after all, "has substantial name identification," avers Barnes. "He can raise money. His poverty-to-prominence story is compelling. He has a grassroots following. He is fluent on national issues."

As it happens, the GOP has a deep field of candidates who are serious and plausible if not preferable. I don't agree fully with any of them (though Rand Paul is by far the most-libertarian politician currently serving in the Senate) but the longer Republicans and conservatives jerk around with candidates who are slightly less funny jokes than Pat Paulsen ever was, the more likely they are to lose in 2016.

If history is any guide, Republicans will prevaricate as long as possible and make goo-goo eyes at candidates who have no meaningful experience and no real shot at winning the presidency. That's their right. It's a free country after all. But the longer they wait to get serious about vetting their party's candidates for president, the more they will lose support among the independent voters who will decide the 2016 election. And if they lose them, they will only have themselves to blame, regardless of who the Democrats put up to run.